Turkish envoy to Qatar: Two countries in solidarity with the Gazan people 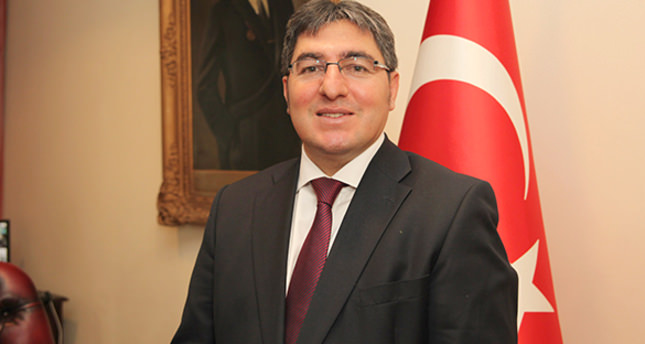 by Fatih Şemsettin Işık Aug 12, 2014 12:00 am
Since the beginning of Israeli attacks to Gaza, co-acting between Turkey and Qatar seems remarkable. Especially coordinated efforts for setting a ceasefire agreement in Gaza, had been taken seriously by U.S. Secretary of State John Kerry and a tri-partite meeting held in Paris two weeks ago.

In regard to these developments, Ahmed Demirok, Turkey's envoy of Qatar has praised the two country's relationship in trying to work out a piece in Gaza. Ever since the beginning of Israeli attacks on Gaza, Turkey and Qatar have been in close partnership. Coordinated efforts for setting a cease-fire agreement in Gaza have been taken seriously by U.S. Secretary of State John Kerry and a tri-partite meeting held in Paris two weeks ago was held.

Demirok evaluated bilateral relations between Turkey and Qatar in an interview with Al Raya newspaper of Qatar. In a fundraiser held on Aug. 8 in Doha, almost KR 180 million (approximately $40 million, TL 82 million) was donated to Palestinians in Gaza, attracting mass attention. As one of the participants to the event, Turkish envoy to Qatar Mr.Demirok praised the organization and the level of attendance. He told Al Raya that he feels pride for participating in this solidarity festival with Gaza people.

"This festival is a clear demonstration of the solidarity with our brothers in Palestine as I did not expect such a large number of attendees. I am very proud of these crowds that came to reflect its solidarity with Gaza people." he said.

The Turkish ambassador stressed that Islamic states need to have solidarity with each other and that Turkey and Qatar have shown the solidarity required for the decision making process in Gaza. He said: "Unfortunately, there was a silence from some of the brothers towards the Gaza tragedy, while Qatar and Turkey showed their real solidarity with Gaza people ever since the beginning.

Accordingly the leaderships of the two countries were being praised in this solidarity festival for their support to the Palestinian people, who know very well who has stood beside them since the beginning.

"Qatari and Turkish positions were two of the most prominent positions supporting Gaza people, as the communication between the leaders of the two countries has not cut off since the beginning of the aggression on the Gaza Strip," said the ambassador who added that Turkey is ready to cooperate with Qatar in order to reach a permanent cease-fire and to achieve peace in Gaza; stressing that they are not alone and we want to cooperate with all regional and international partners to reach this goal. "Before the intensification of the aggression in Gaza, Qatar had already sent $25 million to Palestinians", as Mr.Demirok said and praised the sincerity of Qatar's support to Gaza.

Similar to Daha, Humanitarian Relief Foundation (IHH) had organized a telethon on last Thursday evening. TL 12 million ($5.55 million) amount of donation was collected during the show.