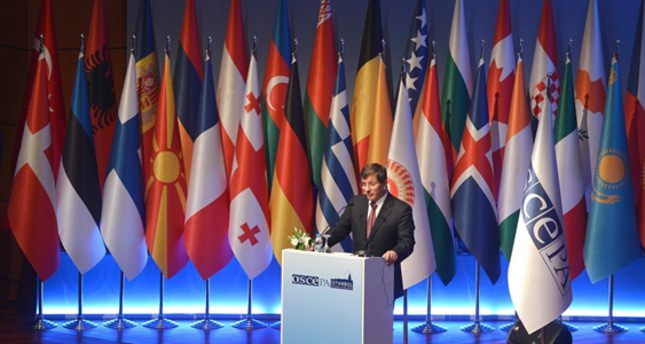 International observers from the Organization for Security and Cooperation in Europe (OSCE), in a statement on Monday, said all the presidential candidates were able to campaign freely and the freedom of assembly and association were respected, praising the vibrant political life in Turkey. Turkey's main opposition parties CHP and MHP and polling companies that mostly failed to predict voting results, have been considered the losers of the election.

Sunday's election results revealed that Turkey's renowned pollsters, including Konda, A&G, Objective Research Center (ORC), GENAR and ANAR, failed to hit the mark in Sunday's presidential election, especially regarding Erdoğan's results, since most of them had very close predictions in previous elections.

Regarding the failure in the polls, two different allegations have been levied. While some assert that certain research companies deliberately increased Erdoğan's voting rates to lull AK Party voters, some claimed that opposition voters who saw the polls giving Erdoğan more than 55 percent were already convinced that Erdoğan would take the presidential seat, and were deterred from voting.

Voter turnout also fell short of the mark, according to the polling companies. According to the unofficial results, nearly 73 percent of eligible voters went to the ballot box on Sunday. It is argued that at some voting stations, voter turnout was relatively low (between 40 percent and 50 percent), which is believed to be due to many people being on vacation at this time of the year.

Daily Sabah spoke to polling companies to evaluate the reasons behind the deviations in predictions and Erdoğan's relatively lower than expected election results.

GENAR head Mustafa Şen said that there is only a slight deviation, and most of the research companies predicted that Erdoğan would receive more than 50 percent and would be elected as the president in the first round. Stressing the date of the presidential election, Şen said, "Most voters were either on vacation or in their hometowns due to the summer season. It should also be noted that the election was right after Eid al-Fitr. So, the main reason behind the slight deviation in the polls was the participation rate."

Also, Şen added that GENAR was among the three polling companies that predicted the closest results. The GENAR survey predicted that Erdoğan would receive 54.7 percent and İhsanoğlu would receive 36.9 percent.

Demirtaş received only 8.4 percent of the vote in GENAR's survey. Ankara-based ORC head Mehmet Murat Pösteki said that the deviation from the surveys is directly related to voter turnout.

Dismissing allegations that certain pollster tried to manipulate voter turnout, Pösteki said that what makes polling companies reliable is their accuracy, and that is why there is no manipulation or perception operations as certain circles alleged.

Speaking to the Wall Street Journal, A&G head Adil Gür said that in eastern and southeastern Turkey, participation was relatively low compared to western Turkey. Gür asserted that if voters in eastern Turkey had gone to the ballot box, the results would be more similar with A&G's survey. Gür noted that the surveys caused complacency with AK Party voters. "Voters from eastern Turkey who have gone to northern or southern Turkey to work in agricultural lands appeared not to return to eastern Turkey.

This negatively affected Erdoğan's voting rates," asserted Gür. The A&G survey predicted that Erdoğan would receive 55.1 percent of the vote and İhsanoğlu would get 33.3 percent, while Demirtaş would receive 11.6 percent. Among all of the surveys conducted ahead of Sunday's presidential election, Andy-ar is the polling company that had the closest prediction to the election results.

According to Andy-ar's prediction, Erdoğan would get 53.0 percent and be elected president in the first round, while İhsanoğlu and Demirtaş would receive 37.9 percent and 9.1 percent respectively. The only polling company that failed to predict Erdoğan would be elected in the first round was Metropoll, which suggested that he would only receive 49.7 percent of the vote. Konda and Konsensus also failed to predict Erdoğan's voting rates, suggesting that Erdoğan would receive 57 percent and 58.2 percent of the vote respectively.
Last Update: Aug 13, 2014 1:40 am
RELATED TOPICS