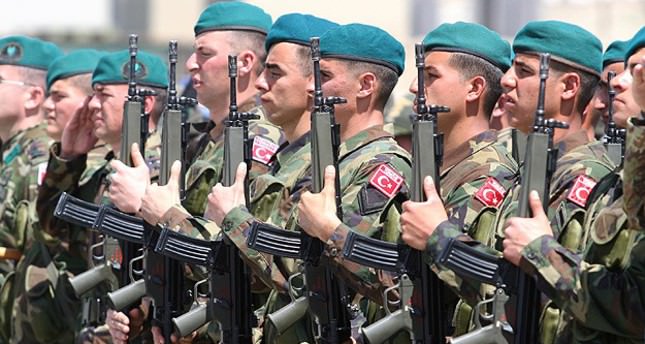 by Daily Sabah Aug 14, 2014 12:00 am
Turkey's Defense Minister İsmet Yılmaz has reportedly stated that paid military service is one of the priorities the government plans to introduce after President-elect Recep Tayyip Erdoğan begins his tenure as president.

According to a report by the Akşam daily in its Thursday edition, Yılmaz gave the news to some 800,000 people who had not served in the army due to various reasons from family matters to education.

To the dismay of thousands expecting a renewal of a bill allowing payment to be accepted in lieu of completing military service, the government reportedly will request TL 20,000 to be exempted from military service.

Experts say that if the government introduces a bill that will demand TL 20,000 for each man, around half a million people would benefit from it, which means the government would receive around TL 10 billion from this move.

According to the findings of Parliament's Research Center, 125,834 people have benefitted from paid military service regulations in Turkey so far.