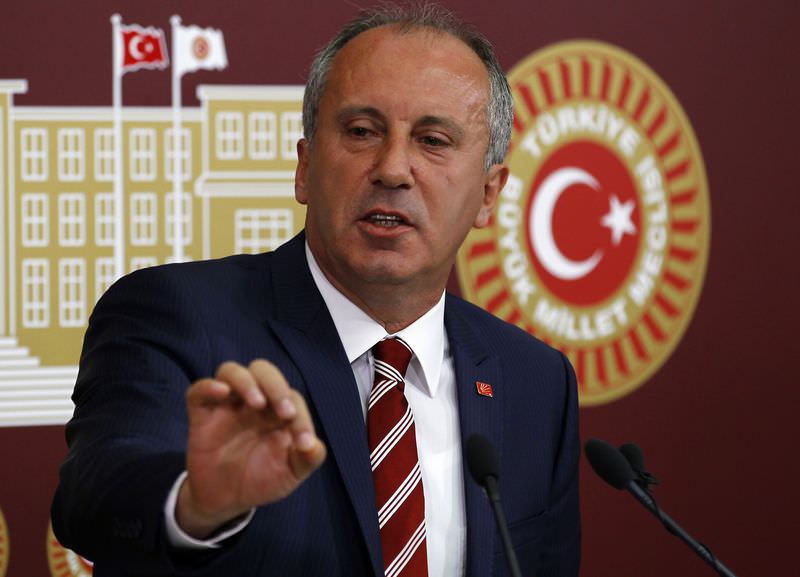 by Daily Sabah Aug 14, 2014 12:00 am
Republican People's Party (CHP)'s Group Deputy Chairman Muharrem İnce in a press statement at the Turkish Grand National Assembly (TBMM) has called the presidential elections "a fiasco" for CHP and called for a convention to elect a new party leader, urging Kemal Kılıçdaroğlu to step down following the defeat.

Turkey's main opposition CHP is experiencing a serious clash of opinions following the presidential elections where CHP's joint presidential candidate Ekmeleddin İhsanoğlu lost despite the fact that he was supported by over 10 parties.

"He is not only our party's leader but also someone whom I call brother" said İnce, who urged Kılıçdaroğlu to call a convention and elect a new party leader. More importantly, he claimed that CHP was not generating solutions to the current issues and the party administrators have lost their function following the March 30 local elections and Aug. 10 presidential elections. "These organs are no longer able to provide cooperation, a common opinion and decision" said İnce, who claimed opposition within the party administration was suppressed.

İnce also criticized the fact that none of the party deputies and members were informed about the presidential candidate and stated it was a huge disappointment for many party members who learned about CHP's candidate through television.

Ekmeleddin İhsanoğlu's nomination was criticized by many neo-nationalist CHP supporters as they claimed İhsanoğlu, who is the former chairman of Organization of Islamic Committee (OIC) was not a suitable candidate due to his ideologies.