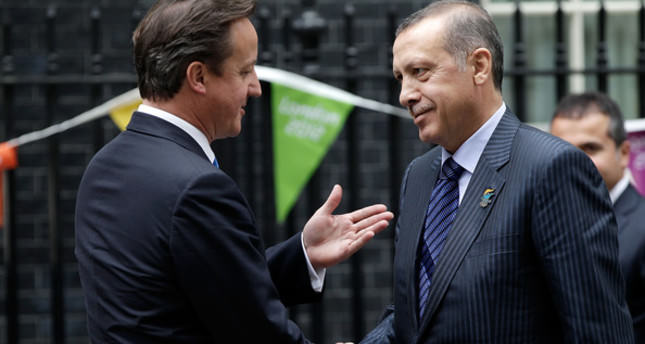 by Daily Sabah Aug 14, 2014 12:00 am
The Prime Minister of The United Kingdom David Cameron called President-elect Tayyip Erdoğan to congratulate him on his recent election victory and to discuss the situation in Iraq and the wider region on late Wednesday.

According to UK government statement, both leaders agreed that they should continue to work closely together to provide humanitarian support to those who are under the threat of ISIS terror in Iraq, including those trapped on Mount Sinjar and the UK Prime Minister Cameron welcomed Turkish efforts to support not just refugees in Iraq, but also those fleeing into Turkey.

The urgent need for a sustainable solution to the conflict and for the international community to help provide aid to Palestinians, and to help rebuild infrastructure in Gaza once a lasting ceasefire is in place has been talked between two leaders.