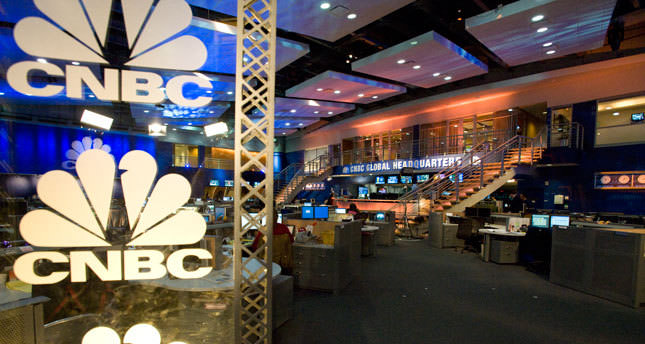 CNBC'S David L. Philips has written an article titled "Why is Turkey supporting Islamic State fighters in Iraq," in which he accused President-elect Recep Tayyip Erdoğan's son, Bilal Erdoğan with providing funds to an aid organization, who he accused of assisting the Islamic State of Iraq and al-Sham (ISIS). Erdoğan's lawyer said the story has no grounds and is totally based on false claims.

Speaking to Daily Sabah on Sunday, Bilal Erdoğan's legal representative Hakan Camuz said that the article is politically motivated and all that written about his client are totally false. In his article, Philip claimed that Turkey's Humanitarian Relief Foundation (IHH) is supporting extremist groups in Turkey but he did not show a source to back up his claim. He then furthered his claim and accused Bilal Erdoğan of having ties with the IHH and that one of its trucks was found with weapons heading for extremist groups in Syria, which the IHH strongly denied.

"Mr Erdoğan has no 'ties' to IHH. He has never been involved with IHH nor sat on IHH's board. He has not been involved in fundraising for IHH, whether using his father's political contacts or otherwise," Camuz wrote in a pre-action protocol letter to CNBC.

Philips, who previously asked the U.S. government to remove the PKK from its terrorist organization list and to suspend Turkey's NATO membership, had not shown any tangible evidence for his article. He is known for his strong opposition to the ruling government and President-elect Erdoğan.

The truck that was stopped by a prosecutor with links to the Gülen Movement - led by U.S.-based imam Fethullah Gülen belongs to Turkey's National Intelligence Agency and was carrying aid to war-stricken Turkmens in Syria. The controversial attempt to stop the truck was a move that violated national security law and was allegedly a move to cause rumors in the international arena that Turkey was sending arms to groups in Syria.

Camuz told Daily Sabah that on behalf of his client, he requested the CNBC remove the article, publish an apology, and pay a substantial amount of damages and all the legal costs. CNBC had been given seven days to reply and act upon the demands of Erdoğan's lawyer; otherwise a lawsuit will be opened against the media outlet and its writer under allegations of defamation.

The IHH, which serves millions of needy people across the globe, has continuously denied any sort of connection to extremist groups and said the accusations in certain media circles are targeting the aid organization, only to punish them for sending an aid ship to Gaza in 2010, in which 10 unarmed activists were killed by Israeli forces.

In his article, Philips alleges Bilal Erdoğan of being an IHH board member; however, CNBC later published a correction at the bottom of the article.

"This story was updated to reflect that Bilal Erdoğan, Presidentelect Recep Tayyip Erdoğan's son, has ties to the IHH board, and allegedly uses his father's political network to raise funds for the organization. Some sources say Bilal has served on the IHH board, but the IHH website does not currently list him as a board member," the correction read, which furthered Philips's claims.

Speaking to Daily Sabah on Sunday, IHH chairman's assistant executive Recep Aykut said Bilal Erdoğan is not a member of IHH and added that the aid organization had consciously been accused of having ties with "al-Qaeda, ISIS and all the terrorist organizations in the world." Aykut said these false allegations only aim at harming the IHH which does not keep silent over developments in the region.

Aykut said that the organization's lawyers will take necessary legal steps against CNBC's lawyer for his attempt to portray IHH as supporting extremists.

In short, Philips accuses Turkey of serving extremist groups by pointing to an aid truck belonging to the Turkish National Intelligence Organization (MIT), he then says the truck was the IHH's - like Gülenists had previously claimed. He later said Bilal Erdoğan is a board member of the aid group even though he is not shown in the hierarchy of the organization, he continued and tried supporting his claims with those of Cengiz Çandar, a columnist who opposes Erdoğan's policies and rhetoric, who says the MIT was the "midwife" that helped with the birth of ISIS, without showing evidence.
Last Update: Aug 18, 2014 10:31 am
RELATED TOPICS