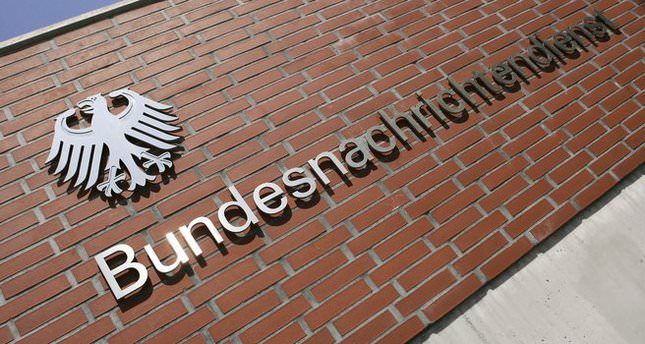 by Daily Sabah with Agencies Aug 17, 2014 12:00 am
The Bundesnachrichtendienst (BND), Germany's foreign intelligence agency has wiretapped Turkey's phone calls according to a German official who recently spoke to German newspaper Frankfurter Allgemeine Sonntagszeitung despite the fact that Turkey is Germany's NATO ally.

In the article, it is reported that Turkey is one of the "main countries" which was monitored by the BND. The official has expressed that Germany's relations with Turkey cannot be compared with their relationships with the European Union or the United States, while claiming that the developments within Turkey have a direct impact on Germany's national security. He also argued that the PKK, extremist right and left wing organizations within Turkey were allegedly conducting human trafficking and drug trade in Germany.

More importantly, he has also claimed that the Turkish government was trying to carry out its political goals in Germany through Turkish associations in the country.

German magazine Der Spiegel expressed the conversations of three senior diplomats were recorded accidently as "by-catch" by the BND as part of its intelligence-gathering focus on NATO partner Turkey via Middle East networks.

Turkey was picked for observation in 2009 as part of the Gerrman government's procedure of choosing profiling targets every four years according to Spiegel.

Last October Berlin ticked off Washington after disclosures made by US whistleblower Edward Snowden that US intelligence had eavesdropped on Chancellor Angela Merkel's mobile phone and ordinary citizens' communications.

Turkey was shaken by a series of wiretapping scandals of the Gülen Movement where thousands of people, including politicians and top level state meetings, along with encrypted phones of politicians were wiretapped.