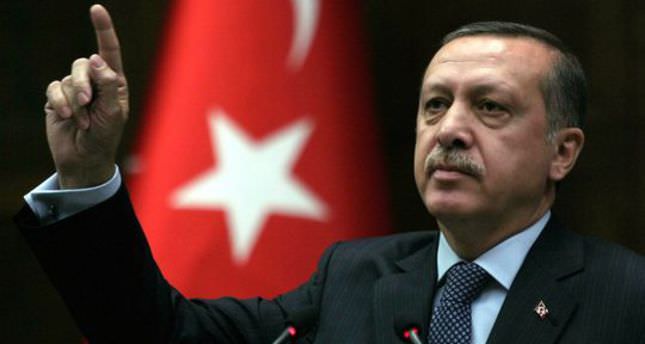 by Daily Sabah Aug 18, 2014 12:00 am
Following the Aug. 10 presidential election that saw Prime Minister Recep Tayyip Erdogan win with 51.8 percent of the vote, the Justice and Development Party (AK Party) has been making efforts to change the country's political system to a presidential one. As Erdogan reiterated ahead of the presidential election, his desire is to turn Turkey into a presidential system to benefit the country. AK Party officials have also begun to draft proposals for a possible presidential system. Speaking to Irbilbased Rudaw TV, Deputy Prime Minister Bülent Arınç said that what carried the AK Party to its present position was the parliamentary democratic system, but it cannot apply that system completely.

Arinç added that a president directly elected with 51.8 percent of the vote means a direct transition to a semi-presidential system. Remarking on the presidential system, outgoing President Abdullah Gül's return to the AK Party and the latest development in Iraq, Arınç said that certain background studies should be completed to move forward to a presidential system. "We [AK Party] actually have a new constitution project. But, we failed to put it into practice due to the majority issue [in the Parliament]. Other parties did not support us," said Arınç.

Arınç also said that a new constitutional law may be introduced after the 2015 elections if the AK Party holds enough seats in Parliament to change the constitution by itself at that time. Touching on Gül's possible return to the AK Party, Arınç said, "Because Mr. President is not a deputy, it is not possible to assign him a duty within the party. But, he expressed that he would like to return the party and engage in politics after his presidency tenure ends."

Regarding the latest developments in Iraq, Arınç said that the actions of certain terrorist organizations involved that capture strategic points in Iraq also disturb Turkey. Arınç said that Turkey is concerned with humanitarian issues in Iraq and the situation of the needy around the crisis area.Openly holding former Iraqi Prime Minister Nouri al-Maliki accountable for the latest developments in Iraq, Arınç accused Maliki of adopting sectarian policies. "Even though their ethnic origins, sects and beliefs are different, we believe that all cultures lived in peace and took strength from each other in past. If you give priority to your own sect and marginalize the others, chaos, terror, instability and fighting are inevitable," he said.
Last Update: Aug 18, 2014 1:38 am
RELATED TOPICS