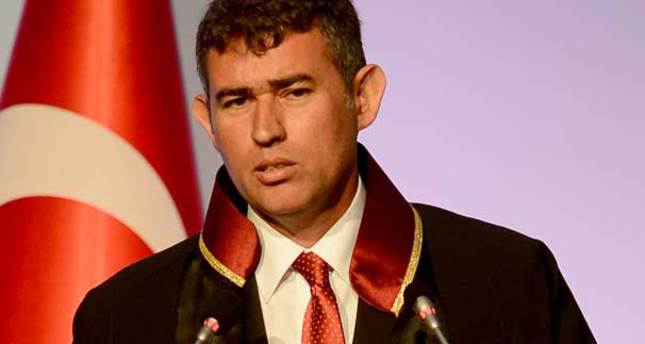 As chaos grips the CHP after its latest election defeat, the party has decided to hold a convention to vote on a new chairman

The Aug. 10 election, that saw Justice and Development Party (AK Party) presidential candidate Recep Tayyip Erdogan elected as Turkey's 12th president with 51.8 percent of the vote, has caused turmoil within the main opposition Republican People's Party (CHP). Failing to resist calls for his resignation, CHP Chairman Kemal Kılıçdaroglu decided to call an extraordinary convention to be held on Sept. 5 in Ankara's ATO Congressium so that the party can choose its chairman. Ahead of the convention, CHP Deputy Chairman and Yalova Deputy Muharrem Ince is expected to resign from his post for the chairmanship candidacy.

The head of Turkish Bar Association Metin Feyzioglu, current CHP leader Kemal Kılıçdaroglu and former Sisli district mayor Mustafa Sarıgül are prominent actors in the chairmanship race within the party. Ince is expected to announce his candidacy for the chairmanship in the upcoming days after he resigned from his post while Feyzioglu is taking the pulse of both the CHP supporters and party members for chairmanship. While it is alleged that Feyzioglu may announce his candidacy in line with the demands coming from party members, he over the weekend dismissed those allegations by saying it is not an appropriate time to speak about a possible candidacy and the ultimate decision- maker is the nation regarding who will be the candidate for CHP chairmanship.

Feyzioglu said, "When you are much loved by the nation, these allegations can come forwards. There is a need for an effective opposition to protect state of law and democracy across the country. This is my duty to utter this necessity."

Over the weekend, Sarıgül took side with Kılıçdaroglu before the cameras and signaled that he would support Kılıçdaroglu for the chairmanship. Circles close to the CHP said that Sarıgül aims to strengthen his place within the party for the upcoming terms and to take revenge for his 2005 resignation from the CHP.

The internal rivalry within the CHP was started when Mustafa Sarıgül and former CHP head and current Antalya parliament member Deniz Baykal had a dispute, which resulted in Sarıgül's resignation after the accusations of corruption and misuse of authority.

Amid rising voices and chaos prevailing within the main opposition, former Baykal gave a green light for a new party administration and said that he wanted to see an "old CHP" protecting the party principles, raising its voice against mistaken policies, but still being enthusiastic. Baykal noted that the CHP needs to rise to its feet again.

Last week, 50 current and former deputies from the CHP called on Kılıçdaroglu to resign from his post. In their statement, deputies said that the responsibility for their failure in the presidential election is "not voters who did not cast [a vote] but it is Chairman Kılıçdaroglu, directly." Six hard-liner Kemalist deputies led by Emine Ülker Tarhan, the Ankara deputy of the CHP, called for the resignation of the chairman following the CHP and Nationalist Movement Party's (MHP) joint presidential candidate Ekmeleddin Ihsanoglu's defeat in the presidential election.
Last Update: Aug 18, 2014 1:35 am
RELATED TOPICS