German intelligence has been spying on Turkey since 2009 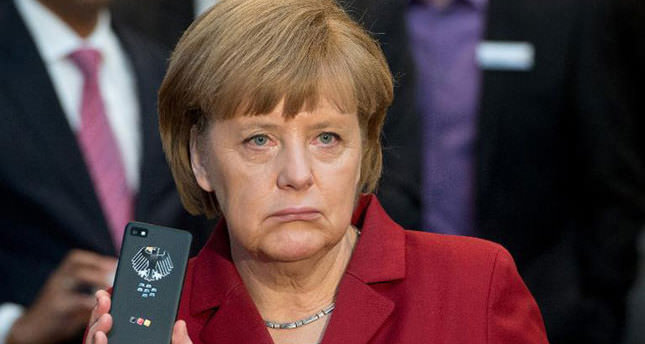 German intelligence has been spying on Turkey since 2009 in accordance with its government's wishes, according to a report by Der Spiegel

The German weekly Der Spiegel's allegations that the German intelligence agency BND has been spying on its NATO ally, Turkey, since 2009, as well as accidentally intercepting at least one telephone conversation of U.S. Secretary of State John Kerry, has been confirmed by German governmental officials.

Speaking to Turkish daily Sabah, a German intelligence official confirmed that BND has been spying on Turkey, but rejected to give further information regarding espionage activity. "We are not the competent authority to give further information regarding the espionage. The German government is the addressee of the issue," said the official. German governmental officials, speaking to German daily Franfurther Allgemenie, confirmed that Turkey was the German government's official target for intelligence gathering in 2009's updated duty profile. The officials legitimized the espionage activity on Turkey by the German government by saying what happens in Turkey is closely related to Germany's security. According to Der Spiegel, a confidential 2009 BND document listed Turkey as a target for German intelligence gathering.

The governmental official expressed that Germany's relations with Turkey cannot be compared with their relationships with the European Union or the United States, while claiming that the developments within Turkey have a direct impact on Germany's national security. The official argued that the PKK, extremist right and left wing organizations within Turkey were allegedly conducting human trafficking and drug trade in Germany. The official also claimed that the Turkish government was trying to carry out its political goals in Germany through Turkish associations in the country.

Der Spiegel asserted that German intelligence charged to gather all related information on Turkey, including electronic and field intelligence. The BND was authorized to spy on Turkey by the German government, in line with some ministers' request as the magazine reported. Regarding the Der Spiegel's claims, Turkey's ruling Justice and Development Party (AK Party) Deputy Chairman Mehmet Ali Sahin said, "I am off the opinion that this needs to be taken seriously," "Definitely, our government and foreign ministry will carry out the necessary research about the allegations in the magazine," he added in televised comments. Also Sahin said Spiegel's story needs to be approached cautiously.

Speaking to German newspaper Handelsblatt Online on Saturday, deputy chairman of the opposition Left Party in German Bundestag Parliament, Jan Korte, stated that BND turned into a state-in-state operator. Demanding a detailed and quick clarification of the matter, not only in parliament's intelligence service committee, but also in the interior committee, Korte stated that there are control deficits. Also, the opposition Greens demanded an urgent explanation from Angela Merkel, German Chancellor, regarding the eavesdropping activity. Greens co-chair Simone Peter, speaking to the German Daily Welt am Sonntag, noted, "It is incredible that after one year of intense discussion about the NSA affair we learn for the first time that our own intelligence agency has been actively spying on allied nations."

Regarding 'by-catch' wiretapping of Kerry and his predecessor Hillary Clinton, Der Spiegel reported that BND recorded a call made by Kerry in 2013 and by Clinton a year earlier to former U.N. Secretary-General Kofi Annan while tapping Turkey. Der Spiegel cited that the recording of the conversation was by accident and the BND has no intention to specifically targeting those diplomats. While Merkel continues to remain silent on BND's spying activity on its NATO ally, Turkey, Der Spiegel claimed that German officials will apologize for eavesdropping in the upcoming days.