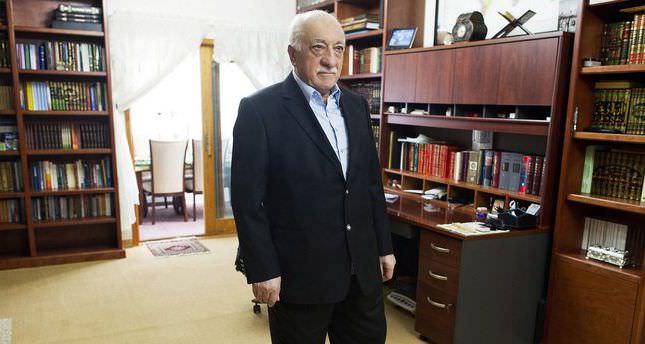 by Daily Sabah Aug 18, 2014 12:00 am
The Gülen Movement, which is believed to have infiltrated the police and judiciary with the aim of overthrowing the Turkish government in the Dec. 17 and 25 operations, has been included in the Turkish National Security Council's (MGK) counter-terrorism's domestic and foreign security threat section in last week's MGK meeting.

In a Justice and Development Party (AK Party) Extended Provincial Chairman Meeting that was held on Aug. 14, President-elect Recep Tayyip Erdoğan announced that the MGK agreed to classify the Gülen Movement as an official national threat.

Even though the movement is identified as the national threat for Turkey, it has not been added to the Turkey's "Red Book" that commonly includes the country's security policies yet. The Red Book is updated every five years in line with new developments. The latest edition of this document was updated in 2010. The Gülen Movement's accession to the Red Book is on the agenda of the MGK for the upcoming years.
As the legal procedure against Gülen-linked officials continues for alleged espionage activities, Erdoğan implied ahead of Aug. 10 presidential election that the Gülen Movement will be added to the Red Book as a national threat when he would be elected president.

During the announcement of his presidential vision document that contains the things he pledges to do if he takes the presidential seat after the Aug. 10 presidential election, Erdoğan denounced the Gülen Movement. He said, "If the Dec. 17 and 25 coup attempts were successful, we [key governmental figures] would now be standing trial. But we fight not for ourselves, but for the nation." In his speech, Erdoğan also dared the Gülen Movement, saying that he will never let organizations and movements exploit religion if he gets elected president.

In a TV broadcast on July 20, Erdoğan described more clearly that the Gülen Movement will be added to the Red Book by saying, "An organization that threatens our national security will, of course, take its place in the Red Book. The fight against this organization has become one of the priorities of the state."

The MGK, which convenes bi-monthly, has recently started to discuss the Gülen Movement as a matter of national security. "The meeting analyzed structures threatening law and order in the country and precautionary measures that should be taken to address them," the MGK said after their meeting in May.