Final steps of Turkey's reconciliation process to be determined 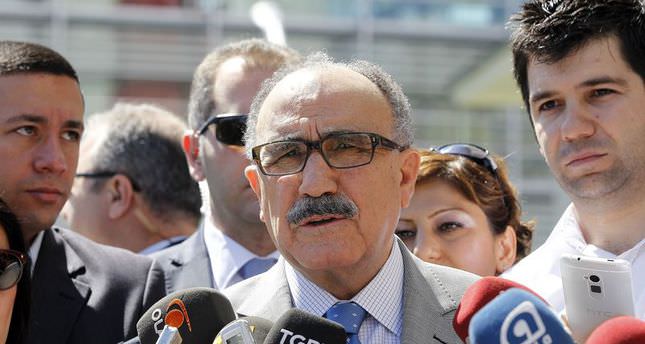 by AA Aug 19, 2014 12:00 am
Turkey's government is in the phase of determining the final steps to be taken as part of the Kurdish "reconciliation process,' Deputy Prime Minister Beşir Atalay said Tuesday.

He told private broadcaster NTV that the state institutions would be ready to talk with the terrorist organization PKK on Mount Qandil if necessary.

The "solution process" began early last year with a ceasefire between the Turkish government and the outlawed Kurdistan Workers' Party, known by its Kurdish language acronym PKK, which is considered a terrorist organization by Turkey and many of its western allies including the U.S.

Atalay said the government was working on a road map regarding the process while the negotiating delegations would be expanded with the inclusion of the Public Order and Security Agency in addition to the National Intelligence Agency.

"I want the delegation to maintain direct dialogue with Qandil," he said. "All necessary meetings will be held for the maturation of the action plan within the framework of the law."

Responding to a question whether a new legislation will be required for the "home-coming" of the PKK members, Atalay said that the acts of terror would have to be stopped before this.

"We do not use the concept of amnesty. Home-coming is a very comprehensive thing. The people who have solved such problems in the world have worked on these issues. Bills have been passed when necessary," he said.

On July 10, the Turkish parliament passed a bill that has provided a legal framework to the ongoing process to end terrorism.