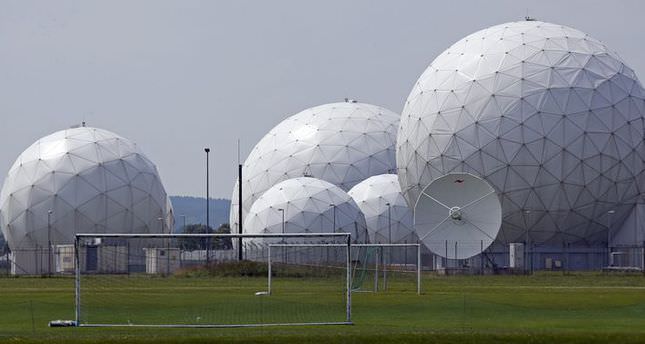 by Aug 19, 2014 12:00 am
The heads of Germany and Turkey's intelligence agencies will meet soon, Turkey's state-run Anadolu news agency said Tuesday, after a report at the weekend said Berlin routinely spied on its NATO ally.

In a harshly worded statement Monday, Turkey's Foreign Ministry said it had summoned the German ambassador in Ankara, Eberhard Pohl.

The Foreign Ministry in Berlin said the meeting with the ambassador was called in order to clarify the report in news magazine Der Spiegel, which said Germany's BND intelligence agency had spied on Turkey since 2009 and that the operations were probably still ongoing.

Anadolu said the meeting between the spy agency chiefs was agreed after Turkish Foreign Minister Ahmet Davutoğlu spoke by phone with Frank-Walter Steinmeier, his German counterpart.

Turkey, which is demanding an explanation, has said that if the reports are true, the spying is "unacceptable."

Der Spiegel's report also said the BND had tapped the phones of US Secretary of State John Kerry and his predecessor Hillary Clinton.

Chancellor Angela Merkel's spokeswoman, Christiane Wirtz, said that a special German parliamentary committee was considering the spying allegations and that the government had informed the committee of of some of the claims last month.