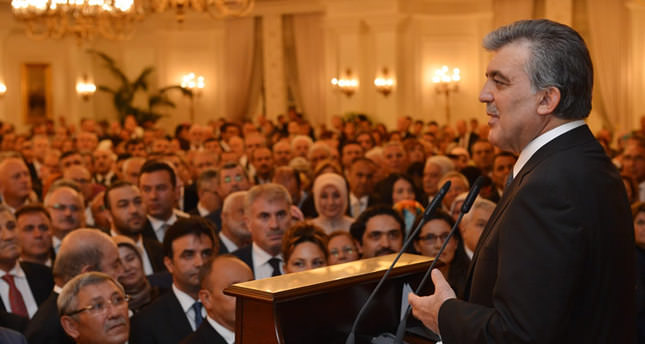 "As far as it seems, Foreign Minister Ahmet Davutoğlu will take over [as prime minister]. I am the one who introduced him into politics and bureaucracy," he told reporters during a farewell reception in honor of him in the capital, Ankara.

Gül said that the ruling Justice and Development (AK) Party extraordinary congress will convene on August 27 to choose a new party chairman to assume the prime minister's office, one day before Erdoğan's presidential oath-taking ceremony.

AK Party has to select a successor for the premiership following the election of current Prime Minister Recep Tayyip Erdoğan as president on August 10.

Appointed as the top diplomat of Erdoğan's cabinet in May 2009, Davutoğlu had also served as Gül's foreign policy advisor both during his ministerial and presidential terms.

Gül said he had no plans to stay in the capital but would move and settle in Istanbul and would then act like other former presidents.

The outgoing president also repeated his previous remarks in which he said he would continue to serve for his cause and the party he had founded.

The election victory consolidates Erdoğan's hold on power after an 11-year tenure as prime minister. He is widely expected to attempt to reinforce the powers of the presidency, which runs for five years, turning it from a ceremonial role to a more hands-on position.