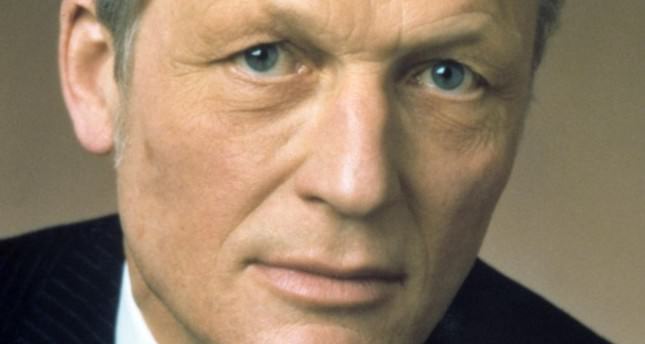 by Daily Sabah Aug 20, 2014 12:00 am
Former head of the German intelligence service BND (Bundesnachrichtendienst), Hans-Georg Wieck, confirmed that Germany's spying request on Turkey was authorized by the German government. Speaking to German Daily Mitteldeutsche, Wieck said that eavesdropping is not a decision made only the by BND. "The German government gave the request to tap Turkey. There is tension between Kurdish and non-Kurdish people in Germany. They might try to enlighten this issue. I think that political actors had influence in this [wiretapping] decision," said Wieck.

Asserting that intelligence agencies play both ends against the middle, intelligence expert Erich Schmidt-Eenboom said that agencies continue to gather information on countries while they are cooperating with them. "For example, the BND is in cooperation with China in certain fields, but of course, it spies against China just like China did."

Touching on Turkey's intensified studies toward Central Asia Republics, Schmidt-Eenboom said, "Turkey is a country that has intermediate power and borders with Syria, Iraq and Iran. It also controls the passage of the Dardanelles strait and is a candidate country for EU membership. That is why the German government may want to learn the country's domestic balances, and whether there is still a state within the state."

Also, Schmidt-Eenboom presumed that the BND may spy on other NATO allies, and reiterated that the U.K., France and the U.S. were at the top of list on which Germany spied during the term of former German Prime Minister Helmut Kohl's term, at the end of 1980s. "There is always spying among allies," said Schmidt-Eenboom, asserting that the BND has still informed German government regarding the U.S.' foreign policy targets.
Another German daily, Bild, asserted that the German government will financially support the BND for phone, Internet and other electronic wiretapping activities. It is reported that the BND has some deficiencies in this regard, and its budget will be increased to €614.6 million (TL 1.7 billion) from €494.4 million.
Last Update: Aug 20, 2014 1:45 pm
RELATED TOPICS