Journalists fired due to conflict within main opposition 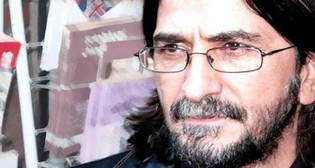 Journalists working for media organs affiliated with the opposition Republican People's Party are being fired for picking the wrong leadership candidate in the runup to the convention on Sept. 5

As tension in the Republican People's Party (CHP) has been boiling leading up to their extraordinary party congress to be held on Sept. 5 and Sept.6, media outlets close to the CHP allegedly continue to censor and fire certain journalists who criticize CHP policies and its leader Kemal Kılıçdaroğlu. Nihat Genç, a journalist with a TV program on Halk TV, asserted that he was sacked from his position at the station due to his criticism of the CHP during the March 30 local elections and the Aug. 10 presidential election.

Genç said that Halk TV fired him and added, "During Sarıgül's [Mustafa Sarıgül was the former Şişli district mayor and CHP Istanbul mayoral candidate on March 30] mayoral term, I remained silent not to erode the party [CHP] until the election results." Genç said that the same procedure against him was followed during Ekmeleddin İhsanoğlu's electoral campaign. Also, Genç alleged that Halk TV head Şaban Sevinç said Genç's TV program may start to be broadcast again according to the result of the CHP's extraordinary party congress to determine its chairman. Dismissing Genç's allegations, Sevinç said that Genç was fired due to his program's low ratings. Another journalist, Bedri Baykam, who has a column in the Turkish daily Cumhuriyet, was censored by the daily after a critical column on CHP leader Kılıçdaroğlu. After Cumhuriyet rejected to publish the column, Baykam published it on his blog.

Baykam said that Kılıçdaroğlu forced CHP voters to go to the ballot box with his harsh rhetoric. He accused Kılıçdaroğlu of blighting people's hope for a better Turkey, disregarding intraparty opponents and questioning Atatürk, who is the founder of the modern Turkish Republic. Regarding the censoring of Baykam's column, Cumhuriyet made a statement that the newspaper has carried out the policy of neutrality due to the CHP's upcoming extraordinary party congress.

Last week, journalist Hulki Cevizoğlu announced that he was sacked from the Yurt daily and Kanal Sokak TV station after pressure from Kılıçdaroğlu. Cevizoğlu said that the owner of the media outlets Durdu Özbolat, who is a CHP deputy for Kahramanmaraş province, had fired him after pressure from Kılıçdaroğlu, who openly challenged his intra-party opposition and demanded his resignation after the presidential election failure.
Last Update: Aug 21, 2014 10:29 am
RELATED TOPICS