New prime minister of Turkey to be announced 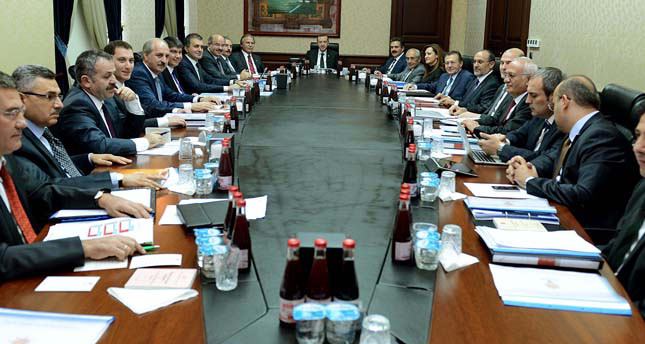 by AA Aug 21, 2014 12:00 am
All eyes are set on Turkey's ruling Justice and Development (AK) Party's Central Executive Board meeting Thursday at the party headquarters in Ankara which will decide on who will be the next prime minister of the country.

The meeting will be held at 1400 - Turkish local time - and a decision regarding the replacement of Prime Minister and President-elect Recep Tayyip Erdoğan is expected to come clear following the meeting.

The decision of the board will end speculations on different scenarios once and for all regarding the future leader of the house in the parliament and party chairmanship.

Erdoğan will be sworn in as the 12th President of the Republic of Turkey on August 28 and will take over charge of his office from President Abdullah Gül.

Turkey's Supreme Election Board has announced the confirmed results of August 10 presidential election.