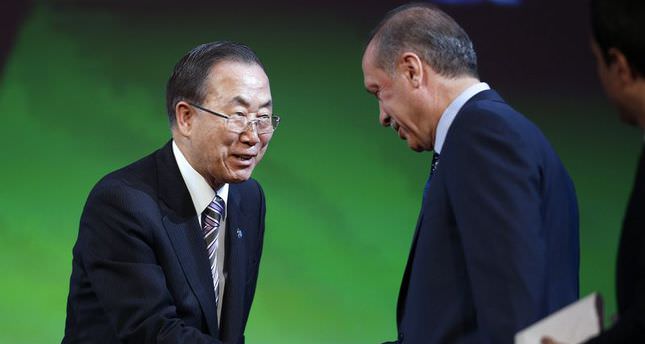 by Daily Sabah Aug 22, 2014 12:00 am
The General Secretary of the United Nations Ban Ki-Moon called Turkey's President-elect Recep Tayyip Erdoğan on Friday to congratulate him on his recent presidential election victory, and to discuss recent developments in Gaza and the wider region.

It has been reported, Erdoğan told Ban that Israel must lift current blockade over Gaza.