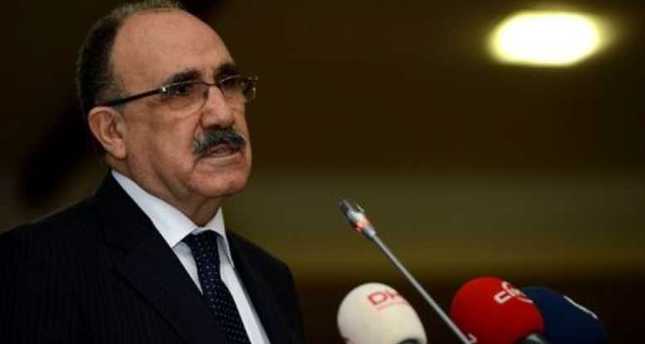 by Hazal Ateş Aug 22, 2014 12:00 am
Talks on the reconciliation process between Ankara and Kurds that started with an initiative by the ruling Justice and Development Party (AK Party) intensified after a summit onWednesday. The summit was held at the Prime Ministry with the aim to finalize the road map, ensuring the disarmament of the PKK and to prevent any move that may erode the process. The summit, chaired by Deputy Prime Minister Beşir Atalay, officials agreed that certain circles aim to undermine the process.

A detailed evaluation of the road map was also carried out. Turkish National Intelligence (MİT) head Hakan Fidan informed officials of his last visit to the prison on İmralı Island and that a detailed investigation regarding the recent riots in the southeastern Turkish province of Diyarbakır has been launched. Regarding the riots, Interior Minister Efgan Ala said on a TV program that certain circles collaborated to undermine the reconciliation process because they wanted the continuation of the problems in eastern Turkey. "They [certain circles] are taking advantage of the terror issue. If the security problem continues in the country, they will take advantage of it. Now, we [Turkey] have two martyrs [who lost their lives in the recent riots in Diyarbakır], who will pay the price for that? "

Atalay's previous statements on the agenda were that the road map will be clarified by September, the road map has begun to reach its final form. In meetings regarding the road map, four steps came to the forefront: they agreed that a monitoring board will be established to continue the talks successively, the process is of utmost importance considering the latest developments in the Middle East, that an important obstacle has been cleared with the legal framework and agreement on arranging a calendar to ensure the return of PKK militants. In the past days, a committee visited İmralı Island to prevent any provocations that would possibly harm the process such as the recent riots in the region. After the meeting it was reported that PKK head Abdullah Öcalan demanded a legal framework to enhance the process' efficiency.

On Aug. 14, the longest and most critical meeting regarding the reconciliation process was held on İmralı, the island where Öcalan is imprisoned. Fidan, along with his committee brought the road map of disarmament of the PKK on the table during the meeting.

The pro-Kurdish People's Democratic Party (HDP) committee decided to visit the Qandil Mountains next weekend. The committee is expected to meet with Atalay and government officials ahead of their Qandil visit.
RELATED TOPICS