US looks forward to working with Turkey’s new PM 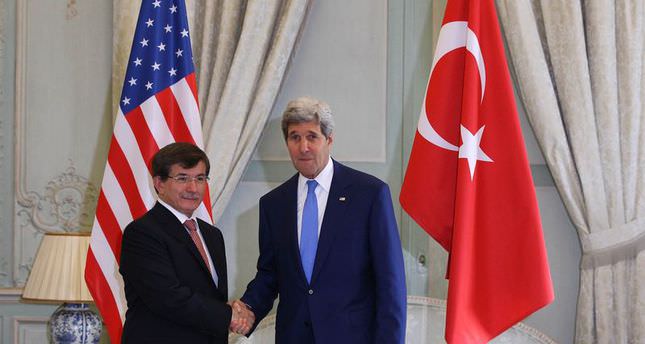 by AA Aug 22, 2014 12:00 am
U.S. Foreign Ministry spokesman Marie Harf said on Thursday that the U.S. is looking forward to working with the next prime minister of Turkey after the AK Party nominated Ahmet Davutoğlu for the prime ministry post.

"We understand this is only a nomination, there is a process for Turkey to hold, but we look forward to working with the next prime minister, no matter who will be appointed."

Answering a question, Harf said that U.S. Secretary of State John Kerry and Foreign Minister Davutoğlu have worked very closely during Davutoğlu's post as the foreign minister, and just this week they had several meetings especially over the Gaza conflict.

Following President-elect Recep Tayyip Erdoğan's election victory, relations between the U.S. and Turkey have entered a new era as the two global players look to solve the troubles in the region as well as the issues that have soured the relationship between the two allies. U.S. President Barrack Obama called Erdoğan to congratulate him over his presidential victory, in which he became the first directly elected president of the Turkish Republic.

The two leaders will have the chance to discuss bilateral issues when they meet on three different occasions in the next two months. They will first meet at the NATO summit of heads of state and government in Newport, Wales, Sept. 5, later at the U.N. General Assembly in New York and finally at the G-20 summit in Australia. "President Obama looks forward to working with Prime Minister Erdoğan in his new role and with whomever succeeds him as the next prime minister," White House national security spokeswoman Caitlin Hayden said on Monday.

Davutoğlu's name has been determined by consensus reached after intense negotiations within the party, Erdoğan said Thursday, following a meeting of his party's executive committee. Davutoğlu will replace Erdoğan as the prime minister of the Republic of Turkey if elected as the party chairman at the extraordinary congress of the party due on Aug. 27.