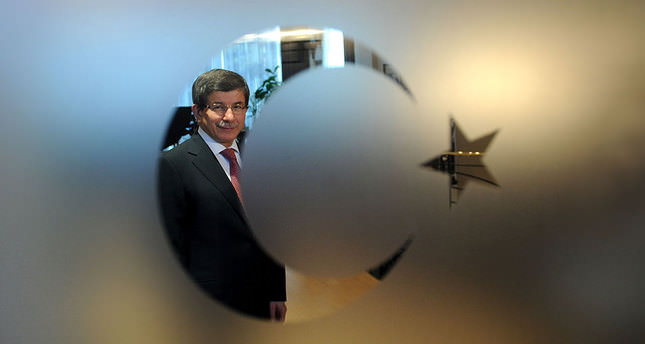 An international relations expert, academic and the current minister of foreign affairs, Ahmet Davutoğlu will become the new prime minister of Turkey. He has struggled with many problems since childhood, yet managed to build a bright career that is culminating with the prime ministry

Between 1990 and 2003 Turkey had 14 different foreign ministers. This can be read in various ways, but it's obvious that this is not a picture of stability or reliability. Even in the catastrophic 1970s, such a long list of foreign ministers could be an indication of the disastrous instability of the country among the international community. Though the 1970s was a time of coalition cabinets, İhsan Sabri Çağlayangil, along with five other foreign ministers who could stay in office for brief periods only, dominated the foreign policy of Turkey from 1965 until 1980. This made some people call Çağlayangil "the Turkish Kissinger."

Should Turkey have its own Kissinger? This makes sense if you take Kissinger to be a symbol of diplomacy as the art of negotiations. To be more thorough, Kissinger's way might have been meaningful against the dilemmas of the Cold War that seemed insoluble. This explains how Kissinger and his equivalents in other powerful states engaged in diplomacy as if they were in a chess tournament with the super powers and their acquaintances.

However, the Cold War ended in the late 1980s and diplomacy between states became a more open and daily business. Now the world does not fear the possibility of nuclear war between the U.S. and Russia, but it suffers from the wars between and inside smaller countries. There is even unrest in and between the U.S. and Russia. From time to time Russia hits its neighbors while the U.S. takes "homeland" precautions in order to prevent any disturbance concerning of its being the "untouchable" of the whole world.

Where would Turkey stand in such a mess of daily diplomacy and weekly wars? It couldn't answer this in a reliable way in the 1990s as I tried to show above. However, beginning in the mid-2000s, Turkish foreign policy began to show itself as an attempt toward "zero trouble" with anybody in the world. One of the architects of this diplomatic behavior, and perhaps the most prominent one, has been Foreign Minister Ahmet Davutoğlu, who has been in office since 2009 and was the chief foreign policy advisor to Recep Tayyip Erdoğan before that. This was not a coincidence but a deliberate choice by the Erdoğan administration since Davutoğlu is a well-known figure for them. His diplomatic point of view is explained in his books including the "Strategic Depth." A Greek scholar Ioannis N. Grigoriadis summarized this situation saying, "It is virtually impossible to discuss Turkish foreign policy since 2002 without a reference to Ahmet Davutoğlu." According to Grigoriadis, Davutoğlu "belongs to the very privileged group of academics who were given the opportunity to put their theory into practice."

Ahmet Davutoğlu was born on Feb. 26, 1959 in Taşkent, a small town in Konya province in the heart of the Taurus Mountains. His family consisted of moderate and religious people. His father Mehmet Bey was a man of commerce, yet he did not push his son to be a merchant like him. Davutoğlu lost his mother Memnune Hanım when he was only four years old. After the death of his mother, the family moved to Fatih, Istanbul, which was a historical and religious environment that also affected Davutoğlu during his childhood.

He attended Istanbul High School, which was a German-Turkish joint school as a boarding student. He found himself between many things; between German and Turkish, between East and West, between the Ottoman state and Turkey, between the history and the present. He read German classics including the works of Goethe, Kafka and Brecht. He was also interested in Marxism; so he read Stalin, but he found Marxism to be too mechanical as an ideology. Nonetheless, he did not join Islamic youth organizations like the Milli Türk Talebe Birliği (National Turkish Students' Union) that was very popular in the 1970s.

He decided to study social sciences since he was fond of national culture and the history of Turkey. He was a double major in economics and political science at Boğaziçi University. He then received a master's degree in public administration and a Ph.D. in political science and international relations from Boğaziçi University. Şerif Mardin was his advisor during his doctoral studies.

He married Sare Hanım, a gynecologist, in 1984. They have four children, three daughters and one boy. Sare Davutoğlu is also known for her joining work groups against abortion.

In pursuit of an alternative

His first book "Alternative Paradigms" was an adaptation of his Ph.D. dissertation where he compared Islamic and Western Weltanshauungs (ideologies) within political theory. In the conclusion of the book, he criticizes the uniformity of Western civilization. "Despite superficial pluralistic slogans," Davutoğlu argues, "pluralism in the sense of the survival of authentic cultures is today merely an excuse for UNESCO to establish museums in restricted areas that do not have any relationship with real life."

Davutoğlu always criticizes the idea of implying that the West is immanent to the world, which means Western civilization holds the intrinsic values of the world by itself. This idea led, for instance, the American political scientist and political economist Francis Fukuyama to the notorious concept of "the end of history" to which Davutoğlu gave a clear answer affirming that history, on the contrary, would gain acceleration and the end of history assumption was just an illusion of power.

Time seems to have supported Davutoğlu's acceleration view against Fukuyama's thesis, because now Davutoğlu is trying to face fast international developments as the leader of Turkish foreign policy while nobody is even mentioning the end of history at all. After receiving his Ph.D. degree, he left Istanbul for Malaysia. He worked at the International Islamic University in Kuala Lumpur. He explained the first class he lectured in Kuala Lumpur: "It was like a meeting of the U.N. including various ethnic faces from Malaysia, China, India and Africa." So he changed the syllabus of his lecture and introduced texts from the East beside the standard Western texts such as Plato and Aristotle.

After two years of lecturing in Kuala Lumpur, Davutoğlu returned to Istanbul and began to work at Marmara University where he became a full professor in 1999.

Meanwhile, he established the Association of Science and Art (BSV) where he and scholars from various universities and intellectuals from different disciplines gave lectures concerning the social sciences and the arts. The BSV was the first step in the path that led to the foundation of Şehir University in Istanbul. The BSV also became the base for serious publications including hundreds of books and several journals. It also has a rich library on the social sciences and arts that serves students, scholars and independent researchers.

Davutoğlu was now known for his works on strategy. It is also interesting that he was invited to teach at the Turkish Military Academy, too. Between 1998 and 2002, he gave lectures at the Turkish Armed Forces Academy and the War Academies as a visiting professor.

The Justice and Development Party's (AK Party) victory in the 2002 elections changed his destiny as well. Though he never meant to be a politician, he used to give political advice to politicians including Recep Tayyip Erdoğan and Abdullah Gül in the 1990s. Therefore, when the AK Party began to rule, it was easy for them to choose Davutoğlu as an advisor.

First he became the chief advisor to then Prime Minister Abdullah Gül. In 2003, he was given the title of ambassador. Now, Davutoğlu was a full-statesman and chief foreign policy advisor to Erdoğan as he ruled. Davutoğlu continued to advise the prime minister until he became the minister of foreign affairs in 2009. As for now, his name is on the short list for the new prime minister after Erdoğan. Indeed, it's a very short list.
Last Update: Aug 23, 2014 12:17 pm
RELATED TOPICS