Erdoğan speaks to President of Tunisia over Gaza 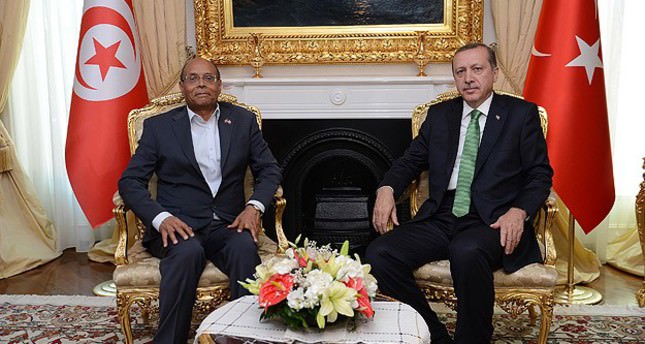 by Daily Sabah Aug 23, 2014 12:00 am
President-elect Erdoğan and President of Tunisia Moncef Marzouki spoke Saturday on the phone about the latest developments in Gaza and the surrounding region.

According to the Prime Ministry office, Erdoğan stated to Merzuki that only a fair ceasefire agreement can lead to lasting peace in Gaza and all international parties should take initiative for restarting the peace talks between Hamas and Israel.

Merzuki informed Erdoğan that he has been planning to gather an assembly in support of Gaza.

Both leaders agreed to meet at the United Nations general assembly on September in New York.