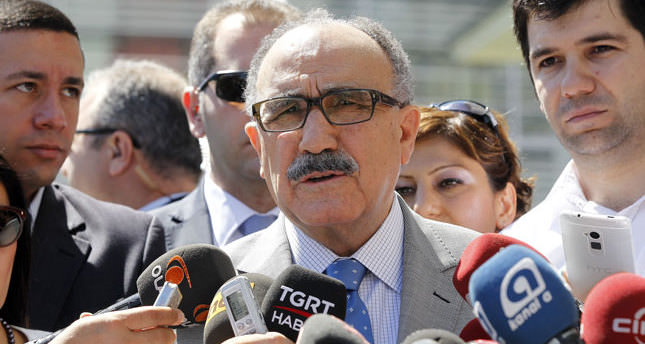 Senior government officials, including many ministers, discussed the tension caused over problems linked with Syrian refugees, including poverty, employment and education issues and called on public to avoid falling into provocations

The conditions of Syrian refugees were discussed at a meeting attended by many ministers and authorities from the army and national intelligence in Ankara. In the report issued after the meeting, officials stated that the crime rate is much lower than it is shown in the media and called on the public avoid falling into provocations. Assembled under the chairmanship of Deputy Prime Minister Beşir Atalay, a seven-hour meeting was held to discuss the current state of Syrian refugees and possible precautions regarding the increasing refugee population across the country. Before the meeting, officials responsible for the coordination of refugees and Atalay underscored the fact that cases being reflected in the press about Syrians are lately quite negative.

Atalay also stated that Turkey hosts 220,000 Syrians in its refugee camps out of 1,360,000 displaced Syrians in Turkey, since the Syrian civil war
has lasted for more than four years and over $3.5 billion has been spent on aid.

According to the report, current problems and possible precaution that may be taken into consideration were discussed. Issues of health, education, security, economy, legal regulations, smuggling and the society's psychology related to Syrian refugees were discussed in detail as stated in the report.

The report said, "coordination between governmental institutions, civil society organizations and associations regarding the aids delivered to needy people for more than three years, is a model for other countries in the entire world." The report added that Turkish society efforts to embrace Syrians and to help needy ones should be appreciated.

The statement highlighted that certain provocations aim to incite xenophobia and discrimination across the country. It was further indicated in the statement that "by concerting actions of state institutions and civil society organizations, current works will be intensified for striving against these issues."

Increasing reactive attitudes toward Syrians and the concerns as a result, were also criticized: "Contrary to what is believed, the rate of Syrians becoming involved in judicial incidents and the rate of crime among them is quite low. However, any case might be repercussive in the press by the influence of separatist perspective."