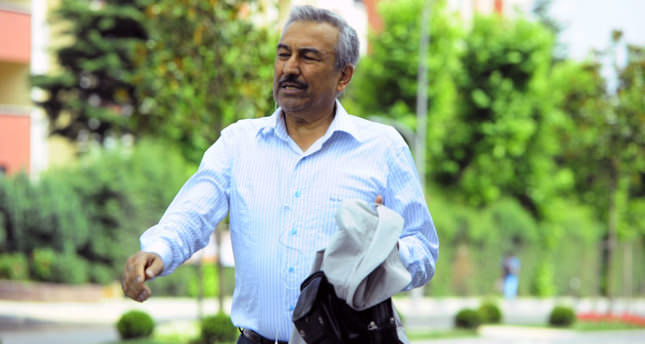 by Daily Sabah Aug 25, 2014 12:00 am
Süleyman Uysal, a senior Gülenist responsible for the movement's Alevi-related policies, is accused of having control over prosecutors and judges with Alevi or leftist backgrounds, Turkish newspaper Sabah reported on Monday. According to the report, Uysal's duty is to have connections and control over Alevis in state institutions, nonprofit organizations and all the other Alevi citizens in society. In a previous report, a Gülen-linked member of the judiciary confessed that the movement has given various codenames to judges and prosecutors and said the Alevis were called "Number Seven." Uysal, who visits Fethullah Gülen regularly in Pennsylvania, is allegedly responsible for making sure that prosecutors and judges with Alevi backgrounds make their decision based on the demands of the movement.

Uysal is also accused of taking confidential documents from National Police Department out of the country in 2007 and has close links with the Gülen-affiliated Journalists and Writers Foundation (GYV) chairman Mustafa Yeşil, FEM prep schools head Ahmet Kırmıç and Gülen's lawyer Orhan Erdemli. With his assistant Ali Çelik, Uysal has reportedly aided the establishment of the Anatolian Alevi-Bektaşi Federation, headed by Cengiz Horoğlu. In practice, the mosque-cemevi (Alevi worship place) project, which was the subject of long debates by both Alevi and Sunni communities, is Uysal's most concrete job.

Cem Foundation President İzzettin Doğan, a well-known Alevi community leader with close ties to the Gülen Movement, also has close relations with Uysal, drawing criticisms from his own Alevi community. Turkish government officials have continuously expressed their determination to continue fighting the Gülen Movement, whose followers are accused of infiltrating state institutions to gain control of state mechanisms and illegal wiretapping, forgery of official documents and spying. The Gülen Movement operates in hundreds of locations around the world via charter schools and other activities. Their activities have been subject to government scrutiny in Azerbaijan, Russia, Germany, the U.S. and elsewhere.

They are currently accused of infiltrating Turkish state institutions to establish "a state within the state" that would pay allegiance to Gülen. The movement denies these claims and has radically changed its political stance since the government proposed closing prep schools in Turkey, which are mostly operated by the movement.
Last Update: Aug 26, 2014 9:17 am
RELATED TOPICS