FSA and YPG agree to cooperate against ISIS threat 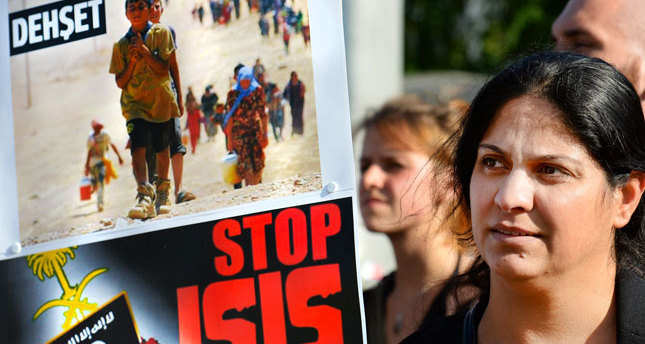 by Daily Sabah Aug 25, 2014 12:00 am
As the conflict between Syrian opposition and the self-proclaimed Islamic State of Iraq and al-Sham (ISIS) intensifies, People's Protection Units (YPG) and Free Syrian Army (FSA) convened on Aug. 22 to discuss "common defence and resistance front," according to Hawar News Agency. Reportedly, both sides agreed to fight against ISIS in Aleppo and the surrounding area. Speaking to Hawar News regarding the talks, Afrin Canton Defense Council President Abdo Ibrahim, stated that the YPG and FSA discussed what both sides can do regarding ISIS's attacks on Aleppo. It is claimed that the call for a meeting came from the FSA.

YPG has allegedly accepted to cooperate in the fight against ISIS under the condition that the issue in the Kurdish region and especially the Democratic Autonomy of Rojava is acknowledged.