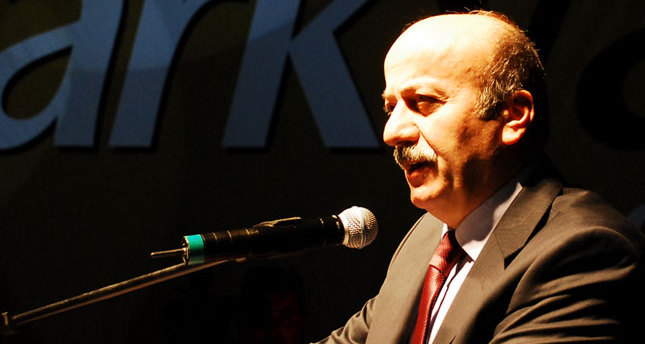 While Turkish opposition CHP is getting ready to convene to elect new party leader, Kılıçdaroğlu faces criticism over shifting to the right

As Turkey's main opposition Republican People's Party (CHP) heads to its extraordinary party congress, due to pressure from intra-party opponents following the Aug. 10 presidential election defeat, CHP leader Kemal Kılıçdaroğlu, who turned a blind eye to the criticism from opponents, is reportedly expected to give seats to members with a background in the Party Assembly (PM). Kılıçdaroğlu, who is accused by intra-party opponents of leaning towards right-wingers, certain circles close to the CHP alleged that the CHP's nationalist Ankara mayoral candidate in the March 30 local elections Mansur Yavaş and former right-wing Felicity Party (SP) member Mehmet Bekaroğlu will be included in the PM list by Kılıçdaroğlu.

Also, Bekaroğlu confirmed that he held talks with Kılıçdaroğlu on his Twitter account and added that he is considering Kılıçdaroğlu's PM offer.
It is reported that Kılıçdaroğlu has been preparing a PM list, including certain names of his own and CHP dissidents who criticized Kılıçdaroğlu of moving away from a common sense approach.

CHP Yalova Deputy Muharrem İnce, who resigned from his deputy chairmanship post and announced his candidacy for party chair, yesterday criticized Kılıçdaroğlu by saying that there is no excitement within the CHP and accused the party administration of exerting more effort on the PM list than the presidential election. "He [Kılıçdaroğlu] said that if there is no significant increase in CHP votes, he would resign from his post in 2011, but now he says the opposite. He did not say 'I will be the prime minister and rule the country,' because he has no selfconfidence. He is not assertive. When there is no determination, there is no hope, either."

Holding a press conference with the party's Ankara provincial head, İnce noted that there is no hope for CHP's ruling the Turkish nation anymore because the CHP is not determined and consistent. On Monday, İnce asserted that Kılıçdaroğlu likes people with right-wing ideologies more than those who have left-wing ideologies. "He [Kılıçdaroğlu] does not like leftists and does not trust their power, which is why he keeps away from them," said İnce. İnce reiterated that Kılıçdaroğlu became a party leader by vowing to destroy the empire of fear, yet his actions are leading him toward dictatorship. İnce claimed that the ruling Justice and Development Party (AK Party) followers supported Kılıçdaroğlu because the CHP will never come into power under his leadership. Also, İnce noted that if he takes over party leadership, he will open the path to women wearing the headscarf to be part of the Turkish Parliament under the CHP. However, the chances of Kılıçdaroğlu remaining as leader look a lot stronger as 78 out of 81 CHP provincial chairmen have declared support for the current party chairman. CHP branches abroad also pledged their support to Kılıçdaroğlu in a joint statement issued last week.