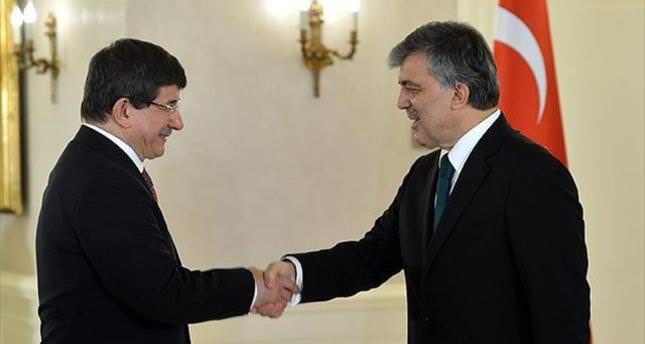 by Daily Sabah Aug 27, 2014 12:00 am
President Abdullah Gül, who will transfer his post to Recep Tayyip Erdoğan on Thursday, has called Ahmet Davutoğlu and congratulated him after Davutoğlu was chosen as the new leader of Turkey's ruling AK Party on Wednesday.

Speaker of the Turkish National Assembly, Cemil Çiçek also congratulated Davutoğlu and said Turkey's current politics will not drastically change by this development.

Çiçek stated that he will take part in President-elect Recep Tayyip Erdoğan's inauguration ceremony in the Çankaya Presidential Palace.