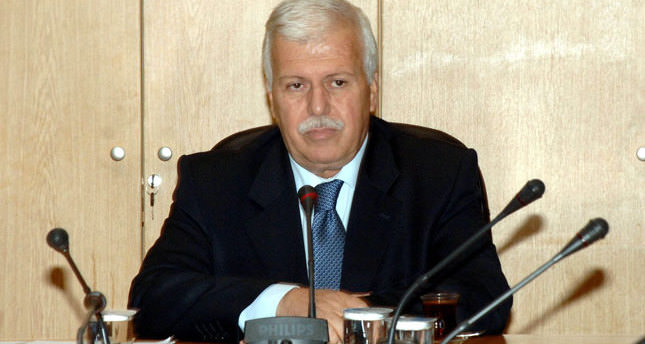 by Daily Sabah Aug 28, 2014 12:00 am
Turkey witnessed another resignation from the Gülen Movement - which is accused of attempting to overthrow an elected government through its agents within the judiciary and police department - as renowned columnist Hüseyin Gülerce announced that he has resigned from Gülenist Zaman daily, where he worked for 25 years.

"I'm leaving Zaman. That's because I have nothing to write at Zaman," Gülerce announced on Wednesday. He added that he has passed on his resignation decision to daily's editor-in-chief via an SMS. Following the Dec. 17 and Dec. 25 operations that aimed to overthrow the ruling Justice and Development Party (AK Party), dozens of journalists left Gülen Movement-owned media outlets. Those who resigned include Etyen Mahçupyan, renowned Turkish Armenian columnist and writer who is known for his strong democratic stance against developments in Turkey and another Turkish Armenian journalist and intellectual, Markar Esayan. Gülerce's resignation came after he made striking comments about the Dec. 17 and Dec. 25 coup attempts in which he pointed out the timing of the operations, refusing to call them bribery and corruption investigations. Gülerce evaluated the presidential election and the latest developments in a TV broadcast earlier this month.

During the program, Gülerce stressed that the public does not believe the claims of bribery and corruption, and said, "no one can convince him, either." "Those [Dec. 17 and 25 operations] were never bribery and corruption investigations for me. It was the third step after the Feb. 7 MİT [National Intelligence Organization] crisis and Gezi Park events. I have a clear conscience about that," said Gülerce. "In the first decade, there was no bribery, corruption or unearned income case, but then these honest prosecutors and police noticed that ministers and their sons are doing such things. They even go further by attempting to arrest the prime minister's son. Nobody can say this is a corruption case." About the rumors that claim that President-elect Recep Tayyip Erdoğan will be an authoritarian leader, he pointed out that Erdoğan was elected president by the people in Turkey's first direct presidential election. "He may use warrants if they have been given in the Constitution as a strong president, and it is not true to reflect this situation as becoming authoritarian," he said. Gülerce also harshly criticized the people who disregard the AK Party's success in elections and who despise AK Party voters. "They are also those who support the tutelage system," he said.
Last Update: Aug 28, 2014 9:55 am
RELATED TOPICS