Davutoğlu starts his duties as the Prime Minister of Turkey 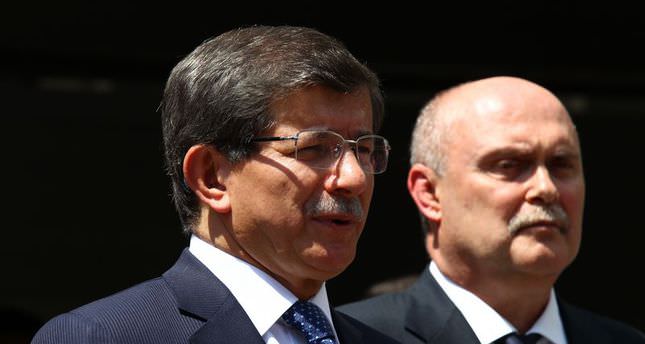 by Daily Sabah Aug 28, 2014 12:00 am
Former Foreign Minister Ahmet Davutoğlu has started his duties as the 26th Prime Minister of Turkey after formally taking the prime ministry post from President Recep Tayyip Erdoğan.

Following Recep Tayyip Erdoğans's inauguration ceremony in the Turkish Parliament on Thursday, Davutoğlu headed to the AK Party headquarters to meet with the Energy Minister Taner Yıldız, the Interior Minister Efkan Ala and other government officials upon a group of farmers in the southeastern province of Mardin blocking a highway to protest the consistent power cuts in the region.

MP Abdurrahim Akdağ made a statement after the meeting and said that PM Davutoğlu authorized the cabinet to make the necessary payments, from the agricultural support fund, to assist the farmer's with their electricity debts.