Erdoğan to go to his inauguration with official car 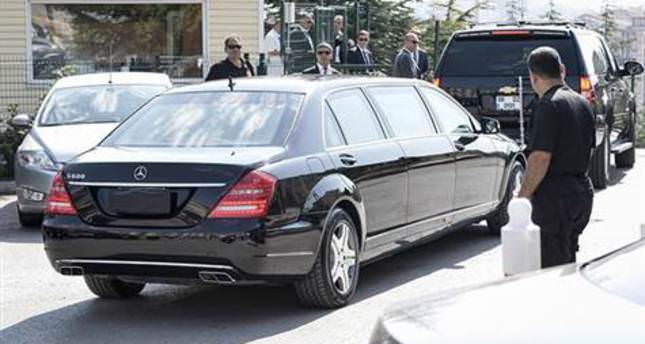 by Daily Sabah Aug 28, 2014 12:00 am
President-elect Recep Tayyip Erdoğan on Thursday is expected to go to his inauguration ceremony with the official presidency car but the presidential seal will be covered until he swears in.

Recep Tayyip Erdoğan's inauguration ceremony will take place on Thursday when he will swear as the twelveth president of Turkey in an official ceremony organized at the Turkish Grand National Assembly, and the Çankaya Palace. Erdoğan will then visit Atatürk's Mauseloum.

Meanwhile, Erdoğan's personal security guards are changing as escort teams from the Office of the President will be guarding him.