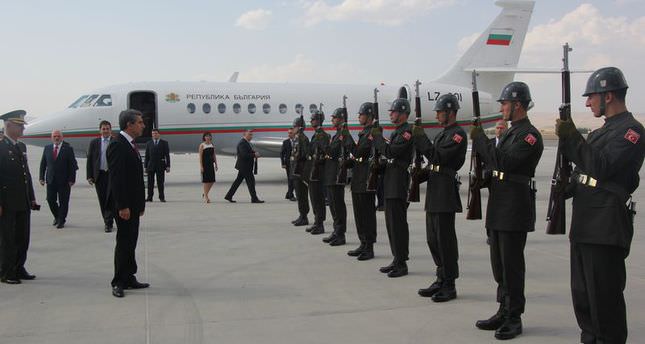 by AA Aug 29, 2014 12:00 am
Recep Tayyip Erdoğan's rise to the presidency has been welcomed by his Bulgarian counterpart.

President Rosen Plevneliev said the friendship between the two countries had gained momentum over the past decade and this would be strengthened under Erdoğan's presidency.

He said: "We witnessed the utmost democratic process in Turkey. Abdullah Gül, Erdoğan and Ahmet Davutoğlu know Bulgaria very well. In this new era, I believe that our relations will develop in the same way.

"Our relations will be further strengthened and deepened. I believe that this momentum will be consolidated in Erdogan's presidency term."

Erdoğan became the first popularly elected president of Turkey on August 10 with 52 percent of the vote.