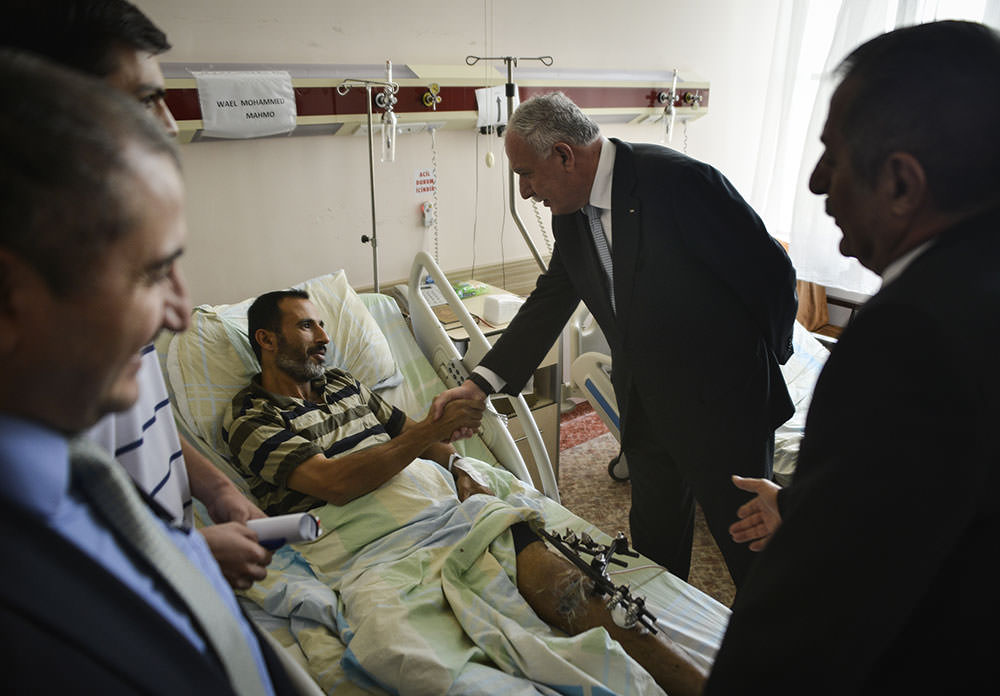 The Gazans were scheduled to be picked up from Ben Gurion Airport in Tel Aviv. Around 80 people from Gaza, injured in the 50-day long Israeli bombardment have been flown to Turkey for hospital treatment since the beginning of August. The next group of wounded Palestinians will receive medical treatment in the central Anatolian province of Afyonkarahisar.

There are 17 volunteer medical staff on board from Turkey's National Medical Rescue Organization, (known by initials UMKE in Turkish), which launches humanitarian operations at home and abroad during disasters. The Turkish government plans to bring a total of 200 Gazans to Turkey for treatment.

An Egypt-brokered cease-fire went into effect on Tuesday, ending 51 days of relentless Israeli attacks on the Gaza Strip in which 2,145 Palestinians were killed and over 11,000 injured - the vast majority of them civilians.

Meanwhile, medicine donated by Turkish citizens has also started to be delivered to Gaza. The Turkish Pharmacist Cooperation donated 543 packages of medicine to the region. Since the Israeli government's offensive in Gaza started, Turkey's humanitarian aid to Gazans and initiatives to bring the injured to Turkey for treatment have continued.
Last Update: Aug 29, 2014 2:22 pm
RELATED TOPICS