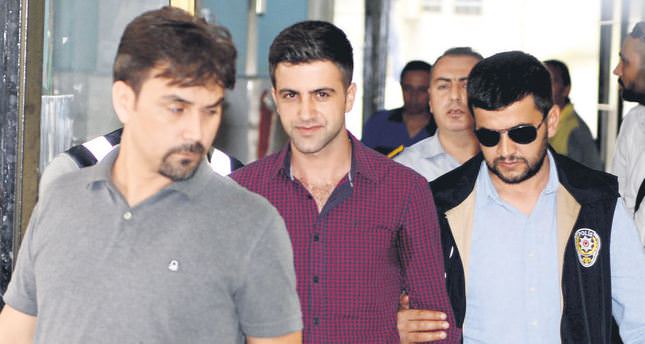 Thirty-three police officials allegedly having ties to the Gülen Movement - led by controversial U.S.- based imam Fethullah Gülen - were detained in Istanbul and other cities yesterday. The investigation, part of a wide-scope operation to clear the police force of officers linked to the Gülen Movement, is conducted by a prosecutor from Istanbul. A search warrant was issued for a number of addresses where the suspects reside in a total of 16 cities. Out of the 33 police officials who were detained, 14 previously served in high-ranking positions, allowing them to tamper with investigations.

They are accused of attempting to topple the government, unlawfully recording phone conversations, espionage, forging official documents and failing to destroy wiretapping recordings. The suspects have been taken to the hospital for a health checkup and were scheduled to be transferred to the Istanbul Police Headquarters in Fatih district for further interrogation. The Gülen Movement is accused of wiretapping thousands of people including Turkish government officials and encrypted phones.

As the investigation deepens, various reports on wiretapping activities are being undertaken by the Interior Ministry, prosecutors and telecom watchdogs. It is also being reported that the government's fight will turn to Gülenists in the judiciary as well as prosecutors who ruled there was a "lack of grounds for legal action" in nine cases opened against Gülen. These prosecutors are accused of avoiding a detailed investigation into cases against Gülen.

The operation will also target Istanbul's specially authorized prosecutors Sadrettin Sarıkaya and Bilal Bayraktar who issued an arrest warrant for Hakan Fidan, the head of the National Intelligence Organization (MİT), accusing him of espionage and holding meetings with PKK leader Abdullah Öcalan and other PKK members. Turkish government officials have continuously expressed their determination to continue to lawfully fight against the Gülen Movement whose followers are accused of infiltrating state institutions to gain control of state mechanisms and illegal wiretapping, forgery of official documents and spying. The Gülen Movement operates in hundreds of locations around the world via charter schools and other activities. Their activities have been subject to government scrutiny in Azerbaijan, Russia, Germany, the U.S. and other countries.

They are currently accused of infiltrating Turkish state institutions to establish "a state within the state" that would pay allegiance to Gülen. The movement denies these claims and has radically changed its political stance since the government proposed closing prep schools in Turkey, which are mostly operated by the movement. Three police officers who were taken into custody in the coastal province of İzmir in August confessed that they illegally wiretapped many people after pressure from senior police chiefs with links to the Gülen Movement, a daily reported.

Detained offices reportedly said their seniors threatened them and those who accepted to perform the illegal wiretapping were promoted to higher ranks within the National Police Department. They also claimed that newly appointed police officers were placed into houses run by the Gülen Movement, and they were all being forced to wiretap various people with false names and information.

After 11 years in power, which has seen his government tame the influence of the oncepowerful military, Erdoğan has declared a war against Gülen, accusing him of running a "parallel structure" placed within the state. Erdoğan also accused the movement of being behind a series of recordings posted on the Internet suggesting the prime minister and his family members were engaged in corruption.
Last Update: Sep 02, 2014 9:33 pm
RELATED TOPICS