President Erdoğan to discuss US spying on Turkey allegations 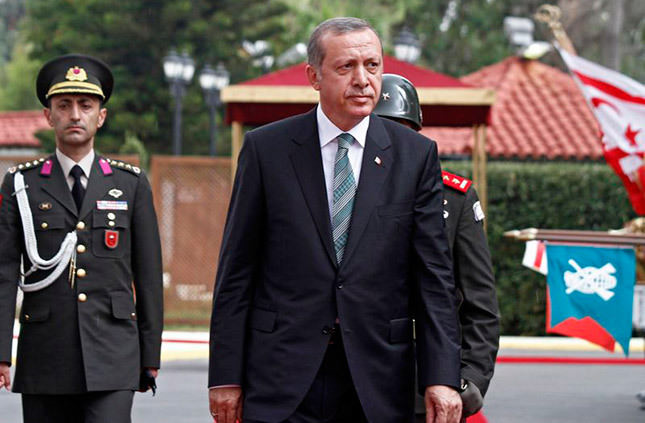 by Daily Sabah Sep 01, 2014 12:00 am
President Recep Tayyip Erdoğan prior to takeoff for the first official visit as president to the Turkish Republic of Northern Cyprus has stated that Turkey will clearly talk about the issue regarding the allegations that the United States intelligence National Security Agency (NSA) has spied on Turkey.

Speaking at a press conference at Istanbul's Atatürk Airport, Erdoğan stated that the United States has previously wiretapped Germany and the latter has taken the issue very seriously and held the US accountable for the incident. "Let me be clear, all countries with strong intelligence abilities spy on and wiretap others" said Erdoğan, who expressed that he will discuss the matter when he meets with officials of the aforementioned countries, while he emphasized the fact that it is more important to determine the motives and reasons why these countries spy on others and how they do it.

On a different note, Erdoğan stated that the people of Cyprus have been victimized by the ongoing dispute on the island and claimed the Greek Cypriot government has never had a constructive attitude towards resolving the conflict, while he called on the international community to take steps to contribute to the resolution of the conflict.

Germany-based weekly Der Spiegel recently claimed that the U.S. intelligence National Security Agency (NSA) has been spying on Turkey through its secret services in Turkey's capital city Ankara and Istanbul after the magazine asserted in previous weeks that German intelligence (BDN) has been keeping tabs on Turkey.