No mercy to dissidents from now on: CHP leader 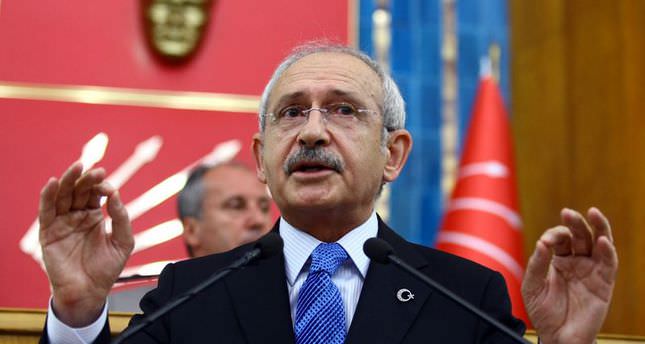 by Daily Sabah Sep 01, 2014 12:00 am
Republican People's Party's (CHP) leader Kemal Kılıçdaroğlu prior to the party's extraordinary congress to elect a new leader has made remarkable statements about those who criticize CHP and stated that he will not tolerate any criticism towards the party.

Commenting about Muharrem İnce, CHP's former Deputy Chairman who is currently running as a candidate for chairmanship Kılıçdaroğlu stated that he will exert his authority regarding the implementation of party discipline. "I will show no mercy to those who disobey party discipline" said Kılıçdaroğlu, who stated that he will not let any dissent within the party and will establish total party discipline. He also panned party dissidents for making press statements and noted he will take serious action from now on against such dissidents.

Muharrem İnce who is running for CHP's chairmanship has frequently criticized Kılıçdaroğlu for having authoritarian tendencies and not allowing different voices within the party to express their opinions.