Our foreign policy is based on humanity, not on sectarianism 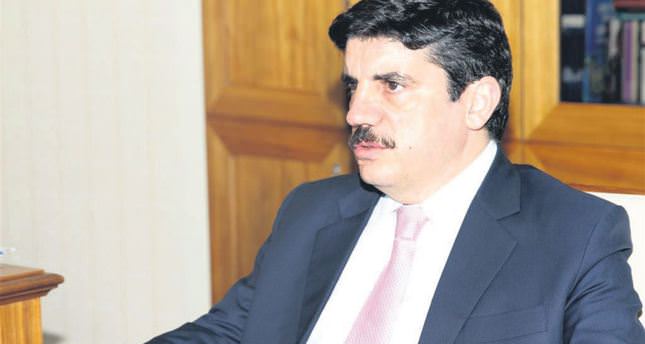 Speaking to Daily Sabah, Deputy Chairman in charge of Foreign Affairs Yasin Aktay said EU is the most important subject in Turkish foreign politics and that anti-Semitism is an orientalist expression, so Muslims cannot be anti-Semites

In the past week, Turkey has seen many important changes. After Recep Tayyip Erdoğan's inauguration as the president of Turkey, the AK Party had a change in leadership, and Prime Minister Ahmet Davutoğlu's new cabinet was declared. Simultaneously, in the countries surrounding Turkey, Iraq, Syria, Ukraine, and Gaza, there are continuous developments. The Daily Sabah spoke with Professor Yasin Aktay, the AK Party's Deputy Chairman in Charge of Foreign Affairs, concerning whether the changes in the party and government will result in a shift in the AK Party's foreign policy.

With the new cabinet, there were changes in the ministries related to foreign policy. Will there be a change in the AK Party's foreign policy?

I don't foresee a prominent change in our party's foreign policy. On the other hand, we can say that there will be a more substantial move towards the European Union. Volkan Bozkır being appointed as the EU Minister, Mevlüt Çavuşoğlu as the Foreign Affairs Minister and Prime Minister Davutoğlu's previous contacts indicate that EU relations will be prioritized. This does not mean that this relationship was neglected before; however, it means that relations with the EU will be emphasized in the new term.

According to you, what are the reasons for the emphasis on EU relations?

EU relations are one of the prominent dynamics regarding Turkey's development. In the near past, there was a lack of dialog in the relations due to the rise of ultra nationalism in Europe. We had a routine in the EU process; however, we also need an effort that regards Europe's internal policies and balances. Of course, this does not require a change in our ongoing policies.

These allegations are the discourse of people who do not want to comprehend the policy utilized by Turkey. Turkish foreign policy does not promote sectarian conflicts, but tries to prevent them and will continue to do so. To give an example, Syrian leader Bashar al-Assad being a Nusayri is not important; if he were a Sunni, we would react the same to the killings he is responsible for. Hence, even though al-Sissi, the leader of Egypt, is a Sunni, we are reacting to him as we have reacted to al-Assad because he is oppressing his own people. Again, we have reacted to Bin Ali in Tunisia; however, there were some countries that ignored his deeds due to him being a Sunni. Our foreign policy is based on humanity, not on sectarianism. The people of the Middle East, regardless of their beliefs, have the right to live firstly as human beings, and we are trying to establish this. We do not only condemn sectarianism, but also any ethnic discrimination. Both people who claim they are Sunnis and Shiites criticize us, and this shows that we are on the right course. For example, in 2011, Erdoğan, when addressing the Shiites in Najaf, said, "I'm not a Sunni, but only a Muslim." We did not tried to protect Saddam, even though he was a Sunni. Also, we did not have any problems with his successor, Maliki, at first. However, with him employing sectarian policies with regard to Kurds, Sunnis and even to some Shiite groups caused tension with Iraq. The tension was due to his discriminative policies and Iran's support for it, not due to his belief.

In regards to the recent developments, how do you evaluate the government formation process in Iraq?

The area surrounding Turkey is extremely dynamic, and many changes happen extremely quickly. In addition to their internal political difficulties, the countries in our region are also subject to the conflicted views of international society. It is important to act as a mediator in diplomacy. Turkey's priority is a unified Iraq, both politically and geographically. This will be for the benefit of all the political and ethnic groups in Iraq. However, Iraq preserving its unified state is not an obstacle to a federal structure. Nowadays, a Kurd cannot go to Baghdad easily, as a Sunni cannot go to Najaf and a Shiite to Mosul. This is the largest obstacle that the central administration has to overcome. Therefore, it is only natural to seek different formulations in government formation. With the federal formulation, Iraq's unity is the most important issue for us.

Recently, giving AK Party sources as references, there was news that stated Turkey gave the green light to the independence of the KRG. What is the attitude of the AK Party towards the KRG?

As I mentioned before, Iraq's unity and the formation of a government involving all political and ethnic groups is our top priority, and our policies support this.

Our relations with the KRG, the most stable region in Iraq, are advanced, and as a result of these relations, the KRG prioritizes Turkey. Cooperation between Turkey and the KRG will be maintained in the future, as is being done at present. On the other hand, we do not know what the future will bring. If the opportunity presents itself in the future favor of Kurdish independence, no one will hold this probability as a hypothec.

Last week, a ceasefire was declared in Gaza. Do you think this ceasefire will be maintained?

We wish that the ceasefire would persist, of course. However, there is a difference between wishing and expecting. When Israel's actions till this day are considered, it is not very probable that this wish will transform into a prediction. I am not optimistic about this situation; however, we want our wish to come true. The people of Israel are also fed up with the security paranoia, but to free themselves from this situation they have to learn to respect the Palestinian people. There is a large scandal if some countries discuss Israel's right of self defense, even when 500 out of the 2,100 people killed by Israel are children. Although these scandals are overlooked by people, sooner or later, Israel will have to account for this. In the next period, we will be talking more about democracy, human rights, discrimination, racism, alterity and Zionism. We can see that Israel could not achieve its goals in the offensive. For example, Israel claimed that it would root out the rockets launched from Gaza; however, they could not achieve this goal, although they killed 2,100 people arbitrarily and left another 400,000 homeless. Palestinians started a resistance that relies on the right of self-defense and put up a front that Israel cannot destroy. Israel's second goal was to discredit Hamas; however, as the resistance continued, people gathered around Hamas. With every Israeli bombardment, people clasped Hamas. As the third goal, Israel wanted to destroy the unity government between Hamas and Fatah. They could not convince Fatah to leave Hamas, because that would mean Fatah's own demise. A Fatah separated from a Hamas that has become a hero in the Islamic world and even in South America held no future. Fatah, being aware of this, did not end its cooperation with Hamas, thus chastened Israel.

How do you respond to the allegations that the AK Party is pursuing anti-Semitic policies?

This anti-Semitism sensitivity, somehow, always appears when Israeli assaults start. No one else can object to an anti-Semitic attitude against the Jewish people, as we do. If there is an assault on Jews, we will be the first one to oppose it because this is a religious freedom and it is under our protection. Also, it should be noted that Semitic people also include Arabs, and it is an orientalist expression. Therefore, Muslims cannot be anti-Semitic, because they cannot have an enmity against Arabs. However, interestingly, the term is transformed into only enmity against Jews, and it only appears during Israel's remorseless and savage assaults. There is a state with Jewish undertones that kills Muslims.

There is nothing as natural as the anger people feel for being subjected to these massacres. This anger is not a hate of Jews, but only anger against the people they are fighting. However, they are instantly accused of being anti-Semitic, whereas the assaulter and the killer is Israel, but also it is Israel that tries to present itself as the victim. This instigates the anger against Jews; there is no larger source for hate against the Jews than this.

As a sociologist, how do you evaluate Syrian refugees' integration into society and their sustainability?

Anatolia has always been subjected to immigration. Especially, in the era of Islamic civilization, Anatolia provided shelter for all of the people who migrated. Nobody has the right to question people who came from Syria and Iraq for their reasons for being here. We could have used our desire to preserve our prosperity as an excuse, as a European country would do, and would not let in any Syrian refugees. Hence, the Europeans built security walls just to preserve their prosperity. This way, they leave the people whom they have exploited and caused misery to death. However, even when we were not responsible for these situations, we tried to save as many people as we could, and this is our existential duty; we will not even mention its financial dimension.

We are still hosting 1,300,000 Syrian refugees, and we are not having problems other than some isolated incidents. Turkey is trying to solve the issue by treating Syrians as its citizens. The country is benefitting from it; after all, society does not only consist of the economy. You cannot consolidate a society by just improving the economy. Helping people in hard times and being able to step up for humane values are important indicators of a society's strength.

Who is Yasin Aktay?

He graduated from the Sociology Department of ODTÜ in 1990 and then received his Master's Degree in 1993 and his Doctorate in 1997 from the same department. He became an associate professor in Applied Sociology in 1999 and a professor of Institutional Sociology in 2005. Aktay has had articles published in many domestic and foreign journals, has participated in many research project and has tens of published books.
Last Update: Sep 01, 2014 2:29 am
RELATED TOPICS