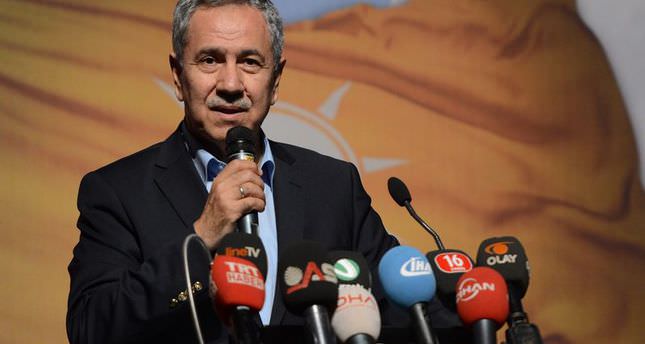 by Daily Sabah Sep 01, 2014 12:00 am
A new phase in the reconciliation process between Ankara and Kurds is about to start with a new road map that includes critical steps, such as disarmament, to bring to an end the decadeslong conflict. With the new ministerial cabinet change in the 62nd government, Deputy Prime Minister Bülent Arınç has taken the duty of reconciliation process coordination. The change in the cabinet has expedited the process and the Peoples' Democratic Party (HDP) committee asked for an appointment both with President Recep Tayyip Erdoğan and Deputy Prime Minister Arınç to discuss the road map. Also, an agreement for the general framework of the reconciliation process has been ensured between government officials, the HDP, state officials and PKK leader Abdullah Öcalan, who has been sentenced to life imprisonment on İmralı Island.

Newly appointed Prime Minister Ahmet Davutoğlu is also expected to pay a visit to Diyarbakır in the upcoming days to help with the process. The road map is scheduled to be put into practice with the agreement of the cabinet. The road map will not include terms such as amnesty and legal barriers in front of PKK militants who were not involved in crimes will be prevented. Those for whom a warrant was issued and those who were not involved in armed activities can enter the country by showing their ID cards at border gates. In the new phase, the Undersecretariat of Public Order and Security is planning to get involved in the process more actively.

Officials from the undersecretariat will be able to hold direct talks with the PKK leader at the organization's headquarters in the Qandil Mountains in Iraq. While officials have agreed on establishing a monitoring committee, names to be included in the committee will soon be determined. Certain civilians may also hold talks with Öcalan.İmralı's secretariat demand is still on the table with HDP Deputy Chairman Pervin Buldan saying that a secretariat to accompany Öcalan should be established and added, "There is no one to record our talks with Öcalan, and there is a need of a bilateral secretariat."
Last Update: Sep 02, 2014 10:03 am
RELATED TOPICS