Reconciliation with Israel: Not so fast 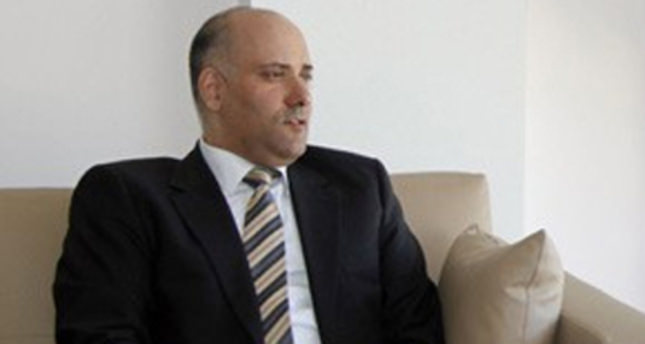 by Ali Ünal Sep 01, 2014 12:00 am
Despite Turkey's relationship with Israel being at a historical low, a Victory Day reception hosted by President Recep Tayyip Erdoğan last weekend at the Çankaya Presidential Palace witnessed the first direct diplomatic contact between the two countries in recent years. Israeli Chargé D'affaires Yosef Levi Sfari, who was among the participants of the Victory Day reception, shook hands with Erdoğan. Hence, even at a symbolic level, Erdoğan had his first diplomatic contact with Israel since 2010. However, sources from the Prime Ministry said that there is no need to assign a different meaning to this encounter.

"It would be very wrong to consider this formal handshake as sign of normalization between the two countries or Turkey's willing to upgrade its diplomatic relationship. Sometimes a greeting means just a greeting," a senior official from the Turkish Prime Ministry commented regarding this issue.

Touching upon the indefinite truce deal between Palestine and Israel that ended a 51-day Israeli offensive on the Gaza Strip which cost the lives of more than 2,000 Gazan civilians, a senior official said that as Turkey welcomed the unlimited cease-fire but they expected to see further steps that will bring permanent peace. "The conditions for the normalization of Turkey-Israel relations are clear and Turkey is not the one who has not fulfilled all its obligations. Beside this, Turkey will not be raring to normalize ties while the smoke of the ruins in Gaza still continues," an official from the Prime Ministry added.

Turkey's previous preconditions for the normalization of relations included an apology for the Mavi Marmara attack, compensation payments to the families of the victims and lifting the siege on Gaza. The apology was received in 2013 and the compensation talks have reached a certain level but Israel has not concluded the deal yet. After signing of compensation deal Turkey was also expecting the removal of the blockade on Gaza and allowing humanitarian aid to restore full diplomatic ties with Israel but the recent Israeli attack on Gaza deteriorated the relations further.

Turkish politicians constantly express that Turkey has no fundamental problems with Israel and Jews, and even during the AK Party era Turkey and Israel had close ties integrated with multifaceted mutual interests for many years. The diplomatic crisis between the two countries dates back to a May 2010 incident, when an Israeli special operation team went aboard the Mavi Marmara, a civilian vessel carrying humanitarian aid to Gaza in international waters. The Israeli raid of the flotilla resulted in the death of nine civilians, an American and eight Turkish citizens. Following the attack, the Israeli government faced international condemnation while bilateral relations declined to a historic low.

Whereas the diplomatic crisis between Turkey and Israel had emerged even before the flotilla controversy and can be traced back to Israel's blockade of Gaza in December 2008 which, in retrospect, represented a turning point in bilateral relations. Following the Israeli blockade, relations worsened in January 2009. Recep Tayyip Erdogan famously walked off the stage after a heated exchange with Israeli President Shimon Peres during a panel discussion on the situation in Gaza at the Davos Summit.

Another sign of crisis was a January 2010 incident when Danny Ayalon, Israel's deputy foreign minister, publicly humiliated Ambassador Oğuz Çelikkol, Turkey's chief diplomatic representative in Jerusalem at the time, during a press conference at the Knesset.
Last Update: Sep 01, 2014 1:27 am
RELATED TOPICS