Demirtaş: I applaud Turkish people’s will 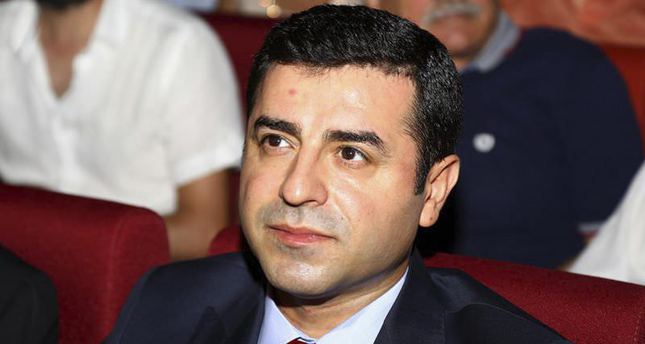 by Daily Sabah Sep 02, 2014 12:00 am
"My applaud was a symbol of respect for 52 percent of the Turkish voters," said Selahattin Demirtaş, who was the candidate for the pro-Kurdish Peoples' Democratic Party (HDP) during Turkey's August 10 presidential election campaign, in response to heavy criticism following his acclamation of Turkish President Erdoğan during the inauguration ceremony.

Demirtaş said at a press conference Monday, "My rival during the presidential election had won and was taking his oath. Even if no one in Parliament had applauded him, I would have."

The Turkish presidential election was held on August 10, with Erdoğan leading the election with 51.8 percent of the votes across Turkey. His main rival Ekmeleddin İhsanoğlu, the candidate of the Republican People's Party (CHP), trailed with 38.4 percent while Selahattin Demirtaş received 9.8 percent.

Demirtaş's words are a step in the way of adopting an all-embracing, unifying approach. He is calling into question the dominant political forces that aggravated political tensions and polarization in Turkey, one of which was the MPs' of the opposition party (CHP) walking out of the Parliament during Erdoğan's swearing-in ceremony on August 28.