Gülenists being interrogated in espionage probe 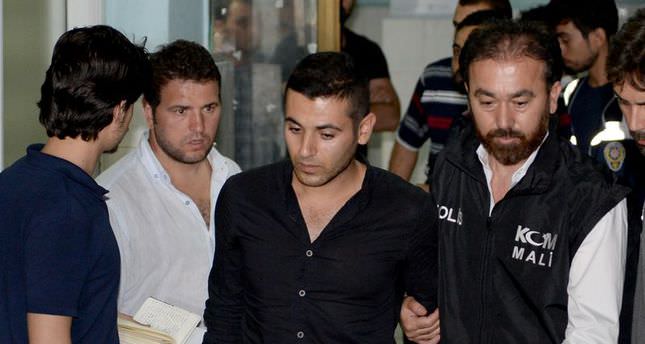 by Daily Sabah Sep 02, 2014 12:00 am
A total of 33 police officials allegedly having ties to the Gülen Movement were transferred to Istanbul Police Department in the Fatih district on Tuesday to be interrogated for their alleged illegal wiretapping activities for espionage purposes and to aid attempts to overthrow the government.
The investigation, part of a wide-scale operation to clense police forces of Gülenist infiltrators, was initiated by a public prosecutor from Istanbul.

A search warrant was issued for a number of addresses where the suspects reside in a total of 16 cities.All the suspects were brought to Istanbul to be questioned. Following their arrival late Monday, suspects were taken to Haseki State Hospital for a health checkup.

As of noon Monday, all suspects were being interrogated by Istanbul police.Suspects will later face questioning by the prosecutor looking into the case.Out of the 33 police officials who were detained, 14 have served in high-ranking positions. They are accused of attempting to topple the government, unlawfully recording phone conversations, espionage, forging official documents and failing to destroy wiretapped recordings. The Gülen Movement is accused of wiretapping thousands of people including Turkish government officials and encrypted phones.

As the investigation deepens, various reports on wiretapping activities are being undertaken by the Interior Ministry, prosecutors and telecom watchdogs.Turkish government officials have continuously expressed their determination to continue to lawfully fight against the Gülen Movement.
They are currently accused of infiltrating Turkish state institutions to establish "a state within the state" that would pay allegiance to Fethullah Gülen. The movement denies these claims and has radically changed its political stance since the government proposed closing prep schools in Turkey, which are mostly operated by the movement.