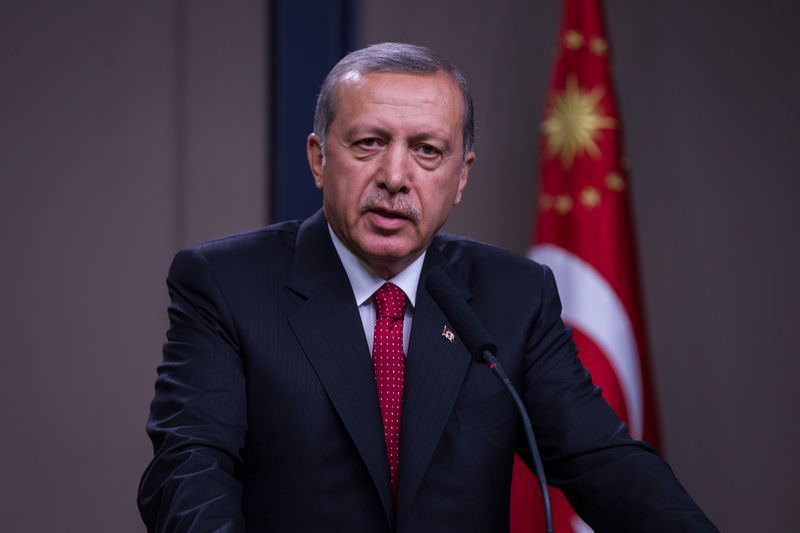 by Daily Sabah Sep 02, 2014 12:00 am
President Erdoğan answered reporters' questions on Tuesday at Esenboğa Airport in Ankara before heading to Azerbaijan for his second visit abroad as President of Turkey.

Answering a question about the Istanbul prosecutors' recent decision to drop legal charges against people probed as a result of corruption allegations, he said "The court has made the decision, those who have any problems with the call, can make their objections to the jurisdiction as well."

Istanbul prosecutors announced Monday that they were dropping all legal proceedings against 96 people probed as a result of corruption allegations, including government figures and various businessmen. The probe, which was initiated by a prosecutor with alleged links to the Gülen Movement - led by the controversial U.S.-based imam Fethullah Gülen - was defined by prosecutors as "an attempt to forcefully overthrow the government."

Erdoğan also said that the presidential office will not continue to invite the main opposition's leader Kemal Kılıçdaroğlu if he keeps boycotting invitations made by the president.