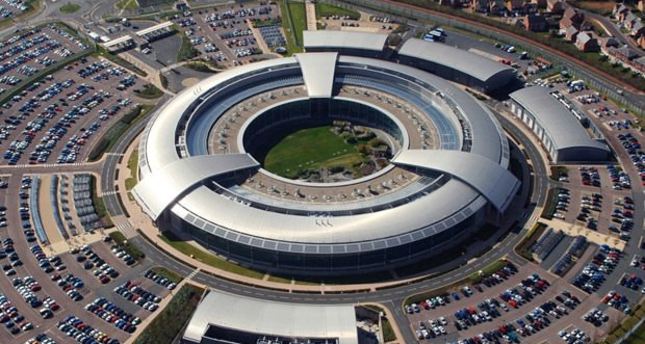 by Daily Sabah Sep 03, 2014 12:00 am
Richard Aldrich, an academic at Warwick University's Politics and International Relations Department, echoed an official's remark from the Central Intelligence Agency (CIA) that there is no allied intelligence, only intelligence on allied countries.Speaking to Anadolu Agency (AA) regarding the latest allegations that the U.S. intelligence service NSA and the U.K. intelligence agency GCHQ are keeping tabs on Turkey, Alrich said, "Your closest ally may not share your political and economic interests.

Even though the NSA and the GCHQ work closely compared to most intelligence agencies and they share many operations and systems, there are also issues that they do not share, such as economic surveillance in the Middle East." Aldrich asserted that the NSA is even keeping tabs on Israel and has consulted Hebrew linguists regarding the data they have gathered. Although most of the espionage activities by the U.S. intelligence agencies carried out on Turkish soil are related to Russia or the Middle East, Aldrich believes the intelligence services are also spying on Turkey's domestic issues. According to cybersecurity and digital evidence expert Peter Sommer, Turkey is a point of interest for the U.K. and U.S. due to its strategic position between Europe and Asia and its closeness to the conflict regions of the Middle East. The report, titled "A Two-Faced Friendship: Turkey Is 'Partner and Target' for the NSA," asserted that while the NSA has cooperated with Turkey in fighting the outlawed PKK under the scope of NATO, it was also spying on the government, army, agents, ministries and energy companies of Turkey.Reportedly, Turkey is listed as one of the countries most frequently targeted by the U.S. government, and the NSA is tasked with collecting data in 19 different areas, including the surveillance of Turkish political leaders, to obtain information on their intentions.