US, Turkey to discuss foreign fighters in terror groups 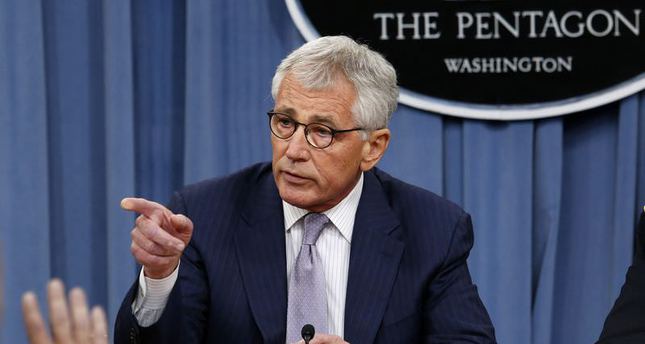 by AA Sep 03, 2014 12:00 am
U.S. Secretary of Defense Chuck Hagel will discuss the issue of foreign fighters joining Islamic militant groups in the Middle East with his Turkish counterpart Ismet Yilmaz, on his visit to Turkey next week, according to a Pentagon spokesman. During a press conference Tuesday, Rear Adm. John Kirby, the Pentagon press secretary, said that "The Turkish government has concerns about foreign fighters, and rightly, they should." Kirby also said that Turkey is expending its efforts and energy into addressing the issue. Western countries, particularly the U.K. and the U.S., have been alarmed about their nationals joining militant groups. Since the Islamic State terror group created a safe heaven for foreign fighters in Syria more than a year ago, Western countries have had the fighters on their radars as they are considered a threat to their country of origin and could potentially return to commit terrorist acts. According to a report by New York-based think tank Soufan Group, more than 12,000 fighters from at least 81 countries have joined the civil war in Syria, and the numbers continue to grow. The report estimates that 3,000 of the foreign fighters are from Western countries.