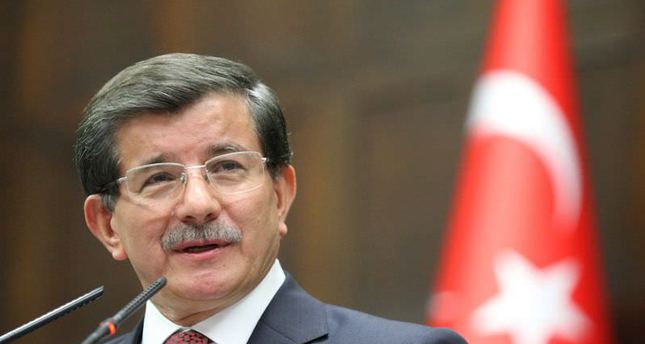 Turkey's new government led by PM Davutoğlu, defined the ongoing Kurdish reconciliation process as one of the prioritized areas, broke taboos and put the process in the government program. "As Turkey's 62nd cabinet, the targets of the new roadmap are ending terrorism, disarmament, and bringing PKK members into society and participation in democratic policy," PM Davutoğlu said at the Turkish Parliament during his presentation of the government program. The new government and the legacy of resolving the Kurdish issue came under the responsibility of PM Davutoğlu upon his request while Deputy PM Bülent Arınç became responsible for the coordination process, although the process was under the coordination of the deputy prime minister in the previous government.

Furthermore, the new stakeholders of the process included Deputy Prime Ministers Bülent Arınç, Yalçın Akdoğan and Ali Babacan, Interior Minister Efkan Ala, Justice Minister Bekir Bozdağ, Head of Military Intelligence Hakan Fidan and AK Party Whip Mahir Ünal and Chief Advisor to the prime minister Ali Sarıkaya met and discussed the new road map of the process in three hours, meeting on Wednesday evening at the Prime Ministry. Prior to this meeting PM Davutoğlu also met with Chief of Staff, General Necdet Özel and evaluated the process in the meeting which was closed to press.

The road map mentioned in the meeting is expected to be finalized and announced to the public by October. Meanwhile, in the meeting where it was also decided that the ruling AK Party too will be informed about the process, Deputy Prime Minister Bülent Arınç and AK Party's Deputy Chairmen Mehmet Ali Şahin and Beşir Atalay will hold weekly meetings to discuss the process.

Newly appointed PM Davutoğlu is also expected to pay a visit to Diyarbakır in the upcoming days to help with the process. The road map is scheduled to be put into practice with the agreement of the cabinet.

The road map will not include terms such as amnesty and legal barriers in front of PKK militants who were not involved in crimes will be prevented.
Those for whom a warrant was issued and those who were not involved in armed activities can enter the country by showing their ID cards at border gates. In the new phase, the Undersecretariat of Public Order and Security is planning to get involved in the process more actively.The Turkish Parliament recently passed a bill that gives its peace process with the PKK a legal framework, which is a step that will advance the reconciliation process.

The bill, described by jailed PKK leader Abdullah Öcalan as "historic," is the first time Turkey officially announced that it wants the PKK to lay down its arms and militants to rejoin their families. The reconciliation process is about putting weapons aside and choosing words, thoughts and politics, the bill said.

The government has initiated the reconciliation process in efforts to resolve the issue and talks between the government and Öcalan have proved effective with a ceasefire declared in March 2013 as they have ended a 30-year-old insurgency which has killed over 40,000 people.