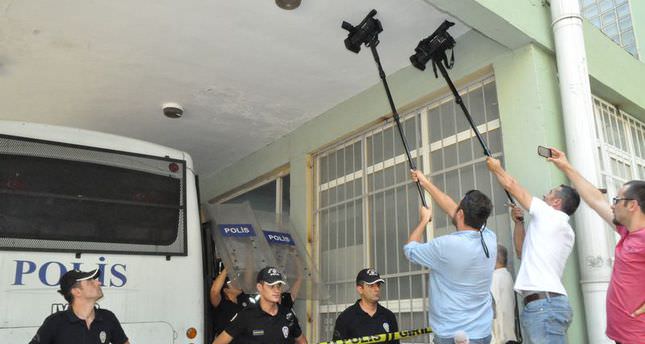 by Daily Sabah with AA Sep 04, 2014 12:00 am
Five police officers allegedly having ties to the Gülen Movement have been sent to court in connection with unlawful wiretapping and espionage charges to overthrow the government on Thursday, a day after a major police operation detained 16 police officers in Istanbul and other Turkish cities.

The other officers who were detained were released, an Istanbul prosecutor said.

On Monday, 33 police officers were detained on charges including wiretapping, espionage and forgery in an operation that took place across several police departments.

Amongst the detained include senior officials like Yakup Saygılı, who used to be the commissioner responsible for financial crimes.

The Gülen Movement led by the controversial U.S.-based imam Fethullah Gülen who lives in a self-imposed exile in rural Pennsylvania is accused of wiretapping thousands of people including Turkish government officials and encrypted phones. As the investigation deepens, various reports on wiretapping activities are being undertaken by the Interior Ministry, prosecutors and telecom watchdogs.

Turkish government officials have continuously expressed their determination to continue to lawfully fight against the Gülen Movement, whose followers are accused of infiltrating state institutions to gain control of state mechanisms, and illegal wiretapping, forgery of official documents and
spying.