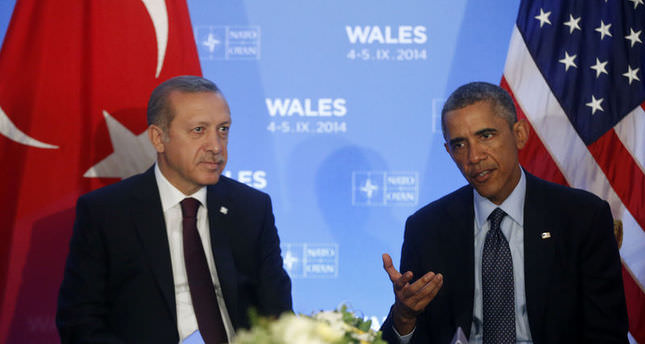 President Erdoğan had discussed the extradition of controversial U.S.-based imam Fethullah Gülen, who is accused of attempting a coup through his followers in the police force and judiciary and parallel state,the expression he uses to describe Gülen supporters within the state apparatus with Obama in the meeting.

Prior to the closed-door meeting with President Erdoğan, Obama congratulated his counterpart for his election to the presidency. "Turkey plays an important role in the alliance, in part, because it is a bridge between Europe and the Middle East," Obama said. Saying he was looking forward to a very productive discussion, Obama pointed out that the topics to be discussed included "the instability in Iraq and Syria and the emergence of ISIS, [which is] a threat to all our Nations".

The Turkish president also stated that he was looking forward to speaking with President Obama on "a wide range of issues" that have been raised during the Summit, including the terrorist threat.

President Obama later underscored the importance of intelligence sharing between the two countries on the issue of foreign fighters. "This is an area in which we have more work to do," he said. Obama also emphasized the need to discuss "the humanitarian element of the ongoing crisis in Syria."