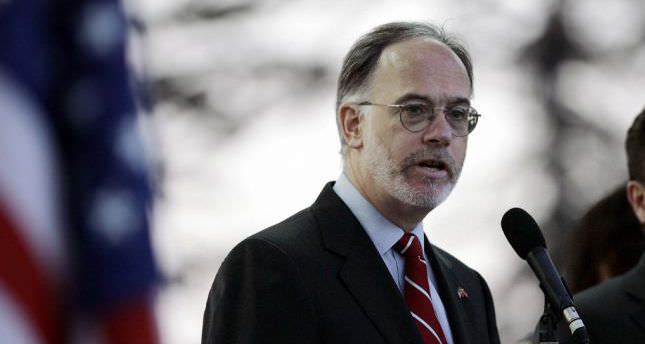 by Daily Sabah Sep 05, 2014 12:00 am
Former United States ambassador to Turkey Ross Wilson was surprisingly appointed to Ankara as chargé d'affaires by John Kerry according to a written statement made by the U.S. embassy in Ankara on Friday.

The ambassador post being vacant for the past two months and the region being unsettled caused the foreign minister to take this decision.

"John Bass, President [Barack] Obama's nominee as ambassador to Turkey, is waiting for a vote of confirmation from the U.S. Senate. He is joined by more than 50 other ambassadorial nominees waiting for confirmation. Facing a gap in this crucial position and recognizing the centrality of strong Turkey-U.S. ties in responding to urgent regional challenges, Secretary of State [John] Kerry has asked Ross Wilson to temporarily return to Ankara," stated the U.S. embassy.

Ross Wilson served as U.S. ambassador to Ankara between the years 2005 and 2008, returning to the states to work in the academic and think tank areas.