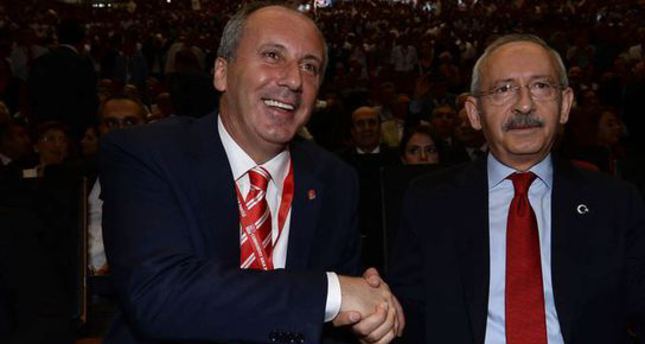 by AA Sep 05, 2014 12:00 am
Turkey's main opposition party is holding an extraordinary congress Friday and Saturday as the leadership struggle gathers pace.

The Republican People's Party, known as the CHP, is gathering in Ankara Ticaret Odasi Congresium Hall for a vote on the party's chairman following a disappointing result in the presidential election earlier this month.

Many in the center-left party disagreed with Chairman Kemal Kilicdaroglu's decision to field a joint presidential candidate with the right-wing Nationalist Movement Party.

This led to open rebellion following the election when a group of CHP lawmakers called on Kilicdaroglu to step down.

Still, Kilicdaroglu, 65 -- who has headed the party since 2010, when the former leader, Deniz Baykal, resigned due to a video revealing his affair with a female CHP deputy -- is seen as the strongest candidate.

Kilicdaroglu was elected as Istanbul MP in 2002 and as the chairman at the 33rd Ordinary General Assembly of the party held May 22, 2010.

"The Republican People's Party is the only political institution that can actually fulfill the ideas of full democracy, the rule of law, human rights, freedoms and the principle of secularism," Kilicdaroglu frequently emphasizes.

"We want to express peace, friendship and a sense neighborhood to the whole world," Kilicdaroglu said.

Meanwhile, the deputy group chairman of the party, has announced his candidacy to become party leader.

Muharrem Ince, 50, announced in August that he would challenge Kilicdaroglu to lead the party, which was founded by Mustafa Kemal Ataturk in 1923.

Ince was elected as a lawmaker by his hometown of Yalova in northwest Turkey in 2002.

Ince said he would return the party to power. The CHP, he said, will be the "party of hope."

However, Kilicdaroglu's chances appear strong: 78 out of 81 provincial party chairmen have declared their support for him, as have the party's overseas branches.

A total of 1,218 delegates are to vote at 24 ballot boxes during the congress.

To be elected as party chairman, a candidate must win an absolute majority from 1,218 delegates' votes.

Non-governmental organizations, trade associations and other political parties have also been invited to the congress. At least 46 diplomatic representatives are planning to attend the congress.

At the congress, small changes in the party bylaws will be made.

The delegates will also vote to elect the 60 members of the party's assembly, the supreme body that decides on policy and strategy concerning internal and external developments in line with congress verdicts and election notifications.

To date, the party has held 34 ordinary and 17 extraordinary congresses.