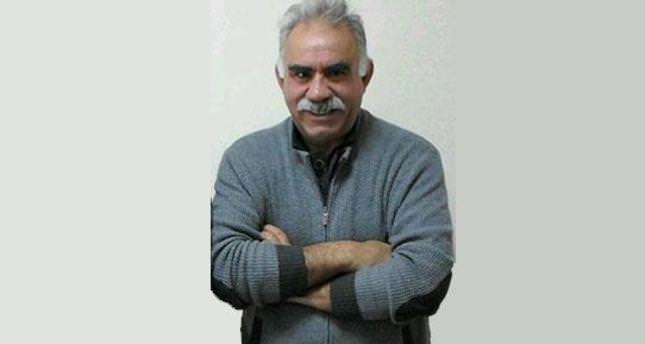 by Daily Sabah Sep 08, 2014 12:00 am
A delegation from the People's Democratic Party (HDP) had visited PKK's jailed leader Abdullah Öcalan at the island of İmralı on Sunday, when Öcalan expressed positive messages regarding the current state of the reconciliation process that aimed to solve the decades-long conflict in the country's southeast.

The HDP delegation, consisting of the party's deputy chairs Pervin Buldan, İdris Baluken as well as Istanbul Deputy Sırrı Süreyya Önder, spoke to the press following their visit to Öcalan, stating that he had said, "With a new format, the ongoing reconciliation process has kicked off."
The HDP committee had made their last visit to İmralı on Aug. 15. Since that day, however, the new government has given strong messages regarding its determination to continue with the reconciliation process, and shared the early details of the roadmap that is expected to be announced before the new year at the latest.

PKK Leader Öcalan who has been sentenced to life in prison, conveyed his messages about the current condition of the reconciliation process through the HDP committee. Öcalan stated, "Despite the provocation, preventions, procrastinations and imposition, the reconciliation process has been put into practice in recent days under the new format." Moreover, Öcalan said that he is closely following all the politicians, intellectuals and academics who approach the reconciliation process with care and responsibly, and added we need advice and contributions more than ever from every side in this process.

The HDP committee also emphasized that Öcalan pointed out the significance of the reconciliation process for the future of the region. "Seriousness and consciousness that will be shown today will determine the future of the region, and efforts shown today determine whether our region will be a home for chaos or will be a home for egalitarian and just democracy." Öcalan indicated that he is glad to see the Turkish government's efforts and said, "It was vital that the Turkish government had approached the process with that serious manner and had accelerated it.


Furthermore, Öcalan also informed that the Yazidi, Turkmen, Assyrian minorities are in danger of massacre in Iraq, and he underscored that efforts to protect these people's right to life and the preservation of their honor and culture will show our faith in living together.

Turkey's 62nd Cabinet led by Prime Minister Ahmet Davutoğlu intensified efforts to bolster the ongoing Kurdish reconciliation process while the new stakeholders of the process meet in Ankara and discuss a new roadmap.
Turkey's new government defined the ongoing Kurdish reconciliation process as one of the priority areas, and is intended to break taboos and put the process in the government's program. "As Turkey's 62nd cabinet, the targets of the new roadmap are ending terrorism, disarmament, and bringing PKK members into society and participation in democratic policy," said Prime Minister Davutoğlu at the Turkish Parliament during his presentation of the government program. The new government and the legacy of resolving the Kurdish issue came under the responsibility of Davutoğlu upon his request while Deputy Prime Minister Bülent Arınç became responsible for the coordination process although the process was under the coordination of the deputy prime minister in the previous government.
The Turkish Parliament recently passed a bill that gives its peace process with the PKK a legal framework, which is a step that will advance the reconciliation process. The bill, described by jailed PKK leader Abdullah Öcalan as "historic," is the first time Turkey officially announced that it wants the PKK to lay down its arms and militants to rejoin their families. The reconciliation process is about putting weapons aside and choosing words, thoughts and politics, the bill said.
The government has initiated the reconciliation process in efforts to resolve the issue, and talks between the government and Öcalan have proved effective with a cease-fire declared in March 2013 that ended a 30-year-old insurgency that has killed over 40,000 people.