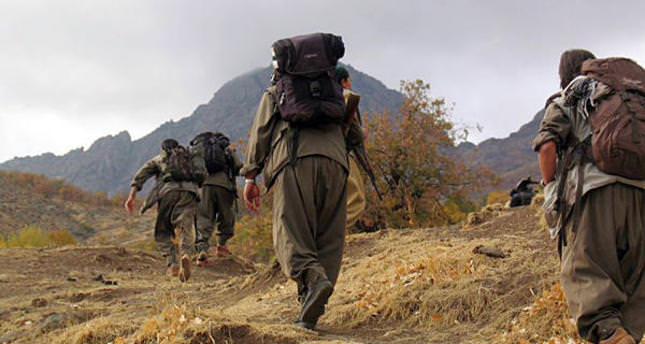 by Daily Sabah Sep 08, 2014 12:00 am
While the government of Turkish Prime Minister Ahmet Davutoğlu intensified efforts on the Kurdish reconciliation process, Diyarbakır Justice and Development Party (AK Party) Deputy Galip Ensarioğlu described and evaluated the five-step possible course of action that will be announced in a few days.

Ensarioğlu said on Monday that the process for designating a road map for the Kurdish reconciliation process will be done this month and some concrete steps for the process will be made by the beginning of 2015. "After completion of the road map is achieved this month, a course of action will proceed as the next phase," he said.

According to Ensarioğlu, this course of action features five steps on the agenda. "Mahmour refugee camp will be evacuated and Turkish citizens who hold refugee status in this camp will return to Turkey. This opportunity will also be provided for those who left the PKK and sheltered [in the] Kurdistan Regional Government [KRG].

Those who went to European Union countries due to their political crimes will benefit from this regulation though." he said.Commenting on the situation of current PKK members, Ensarioğlu said, "Those who did not commit a crime will return to the country and will be rehabilitated for their social and political adaptation.

Monitoring boards will be established for the continuity of the progress," and emphasized that "the reconciliation process will bear its fruits in 2015."
Meanwhile, Prime Minister Ahmet Davutoğlu underscored that "it is a must to strike out quicker in the river now," and he wants "the year of 2015 to become the end of the reconciliation process." In an interview he gave before the AK Party's meeting in Konya, he said that he is quite determined to reach the solution. "The last framework law we enacted we did halfway.

From now on, more ministers step in for the process. I will receive reports about the [reconciliation] process from all the relevant authorities every 15 days." he said.Davutoğlu and the new stakeholders of the process include Deputy Prime Ministers Bülent Arınç, Yalçın Akdoğan and Ali Babacan, Interior Minister Efkan Ala, Justice Minister Bekir Bozdağ, head of Military Intelligence Hakan Fidan, AK Party whip Mahir Ünal and chief advisor to the prime minister Ali Sarıkaya met and discussed the new road map for the process in a three hour meeting on Wednesday evening at the Prime Ministry.